Most weeks, I carry out a river patrol for the Water of Leith Conservation Trust. The area that I patrol stretches from the Trust's Visitor Centre up to Colinton Village and back, picking litter, recording wildlife and chatting to people as I go. It's a lovely walk through areas of riverside woodland and more open meadow areas, with some wildflower meadows, like the one below, on the site of a former watermill, which the trust has planted with mostly wetland plants 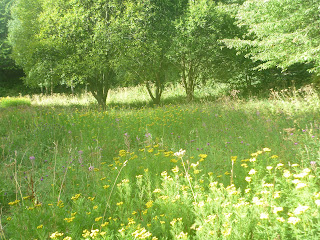 Even alongside the river, much of the vegetation is looking very dry, as we have had very little rain this summer. 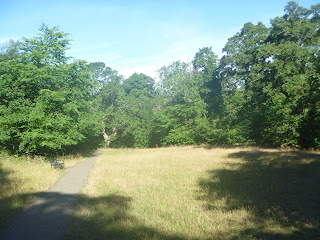 However, we aren't in such a bad situation as places down in the south of England, where hosepipe bans have recently been instigated, in an effort to combat the strain on water supplies. There are issues beyond the lack of rain in many areas too, as many water companies are extracting too much water from rivers, or allowing too much extraction. (If you're on Twitter and interested in finding out more about the state of England's rivers, follow Feargal Sharkey, former singer with the Undertones, now keen angler and river campaigner.)

Despite the dry conditions though, the birds in the Dells seem to be thriving. I saw and heard lots of young birds, including long tailed tits, coal tits, chaffinches  and robins. Also, two nests of Sparrowhawks seem to have fledged youngsters successfully this year, judging by the loud calls in the areas where they have nested for the past 15 years or more. I only saw one sparrowhawk in Spylaw Park, somewhere over the trees in the background of the photo below (the bird isn't in the photo!) 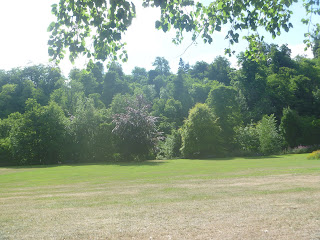 You never know what you're going to see, here is an interesting growth on a tree stump, I think it's a slime mould (perhaps the slime mould known as False Puffball or Moon Poo?). 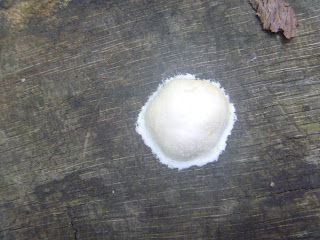 It is interesting that so many places are in a drought and we're the opposite with severe flooding just west of us. We started the summer in a mild drought but then the flood gates opened.

Hi Jeff, well our drought is expected to end soon and we're getting flood warnings...