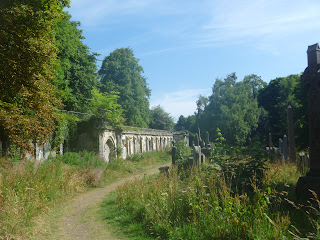 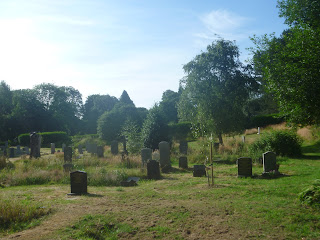 We've been warned over the past week or so that a heatwave was on its way, and now it has hit! I left home early to try to fit in as much as possible of today's wildlife survey as I could before the temperature got unbearable. I also chose Warriston Cemetery which has large areas of woodland (part of it is in fact a Local Nature Reserve), making much of it a cool place to survey. 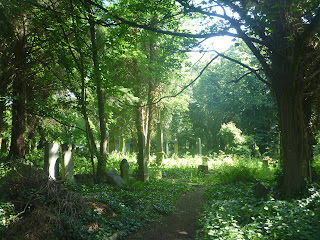 The sunshine brought the butterflies out, including this Red Admiral 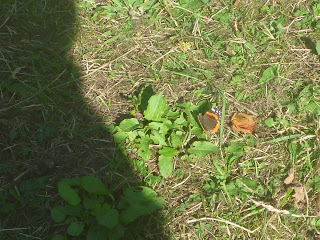 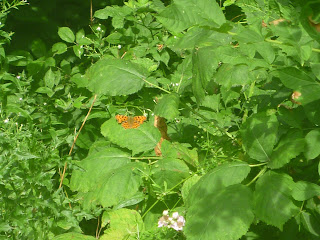 I've added all today's butterfly records to the Big Butterfly Count, though their website doesn't seem to be as user-friendly as it used to be. Has anyone else noticed that?

I was delighted to see a lot of fledglings that had obviously only recently left their nests. The most amusing was a family of young blue tits that had gathered near a stream and were diving in to drink and bathe. Open water is such a vital resource for wildlife in overly hot weather like this.

We're experiencing record breaking temperatures in the UK (and across Europe) at the moment. This is not 'a nice summer' as many people seem to put it. It's climate change. In the UK, we're not equipped to deal with temperatures like this! If you're going out today or tomorrow, wear a hat, cover up, walk in the shade when you can and drink lots of water. And think about joining a campaign to address climate change.

Good to get those butterfly sightings. I am majoring on the Garden Butterfly Survey this year, and have also found the updated site takes some learning. I think we reached about 30 degrees here. We stayed in until 8.30 pm when we were glad to come up for air and watch the bats and a late dragonfly!

Hi Caroline, I'm glad it's not just me finding the site trickier this year! Lovely to watch bats and a dragonfly in the late evening. Here the swifts provide our evening entertainment at this time of year

learning sights life
taught by natures teachers
world of will

__As we live in nature, we learn from such a grand teacher... that "Minimum and Maximum" can be the same, and the tiny things of life, will so often create the grand. _m