Both Sides of the Firth of Forth

A couple of days ago, I visited a friend in Dalgety Bay, on the other side of the Firth of Forth to the north of Edinburgh. We went for a lovely walk along the coast 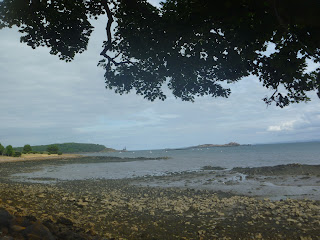 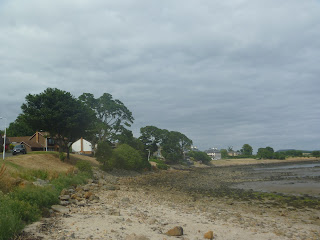 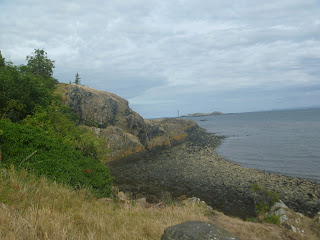 and passing through part of Bathing House Woods which is managed by Dalgety Bay Community Woodlands.  It's a lovely place to explore!

Yesterday, Crafty Green Boyfriend and I walked through the fields at Silverknowes, where the Edinburgh Agroecology Project are developing the Lauriston Farm area. 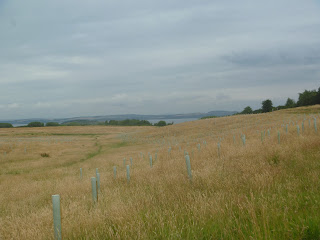 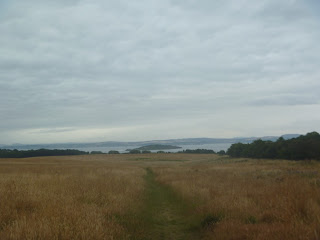 The area has been divided into sections, one for ecologically aware agriculture, one for woodland and one for open grassland. At the moment, the woodland is made up of long grass and newly planted trees (disappointingly encased in plastic tubing and possibly too many trees for this area, which used to be a haven for wintering wading birds). We were delighted to see good numbers of Swallows and House Martins (which have always come to this area in summer, but neither of us have ever seen so many here). Crafty Green Boyfriend took lots of photos of the swallows, plenty of youngsters around - you can see an adult feeding a youngster in the third photo below 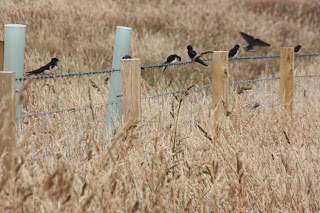 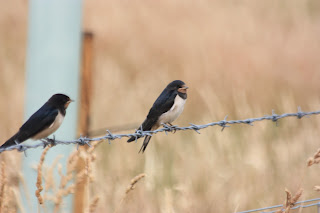 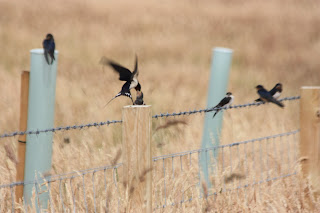 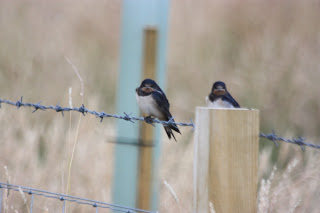 There were also plenty of butterflies, including several Meadow Browns 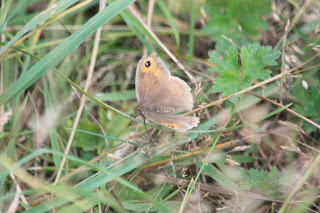 and a couple of Small Skippers (if you look carefully in the photo below, you may also see a Cinnabar Moth caterpillar in amongst the ragwort stems) 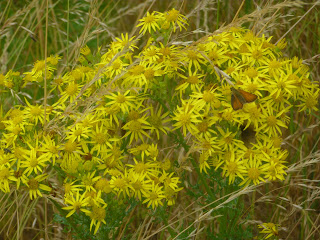 We also found this beautifully patterned bug, Grypocoris stysi, click on the photo below to enlarge it 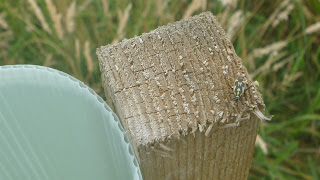 There were some lovely plants too, including this Jack Go To Bed by Noon (also known as Goat's Beard) 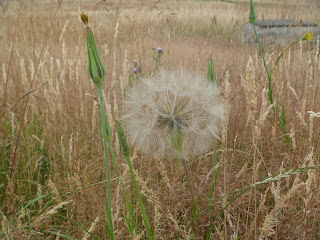 The fields are now so much richer in wildlife than they were at this time of year before the project started last year.  I do, however, still wonder about how the wintering waders will fare in future years in this area, particularly as so many suitable wintering grounds are being built on across the country. 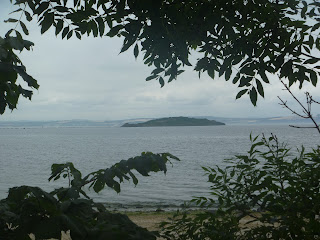 Lovely to see your photographs, such a nice selection from your walks.

HI Crafty Green Poet
Thanks so much for your Lauriston Farm observations - a good set of records and great to spot the skippers. You are quite right about the waders. Reinstating wader interest is one of our key targets - but challenging. Since the sheep were taken off there has been huge pressure from walkers and dogs where previously nobody walked through the farm. We had planned to create wader scrapes in the north field and had the funding but this was stopped by Edinburgh Airport. We need stock to maintain the north fields but we haven't finalised a plan on this yet. So we're on it! We also have a project on iNaturalist if you are visiting again.

Well done, CGBoyfriend, for the Swallow-feeding photograph. Such a joyful picture! And the yellow and black insect is extraordinary. How lovely to be able walk on both sides of the Forth.

Lovely places for a hike~

Hi Unknown (from AgroEcology Co-op I assume!). Glad to read that you are bearing the waders in mind! I used to walk past the fields every week when I lived in the area, and remember seeing golden plovers there regularly! I don't expect they'll come back so regularly, but the oystercatchers and curlew are such a feature of the fields.

Thanks Caroline, yes Crafty Green Boyfriend's photo is amazing and it was wonderful to see so many swallows so close up! And yes the wee bug is very pretty!