Flowers, Fungi and Invertebrates In the Dells

Crafty Green Boyfriend has some time off this week so joined me on my weekly patrol round Colinton and Craiglockart Dells.

We heard a bird that we thought was probably a whitethroat, and ended up discovering a new path, while trying to catch up with the bird (I've occasionally been mistaken with whitethroats!). It's a lovely green path (though it ends rather abruptly at a sudden drop with some very odd and uneven steps). The nicest thing though was finding a patch of orchids, a mix (if I'm not mistaken) of common spotted orchids and northern marsh x common spotted hybrids. 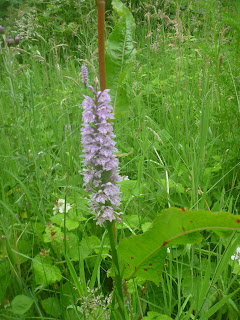 So this makes a total of three separate areas in the Dells, where we know that these orchids grow!

The wildflower meadow up on the former site of Bog's Mill doesn't as far as I know contain any orchids but it looks beautiful at the moment, including meadowsweet, meadow cranesbill, St John's wort, yarrow and various umbellifers. 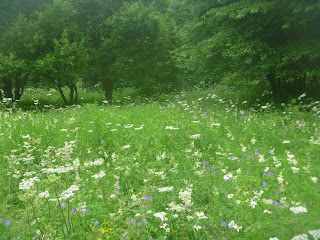 There are also some amazing fungi around at the moment 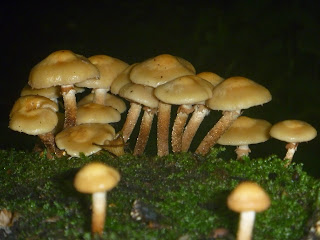 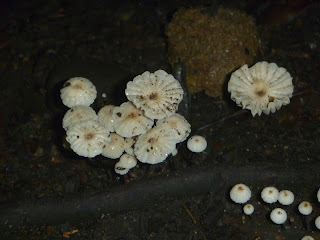 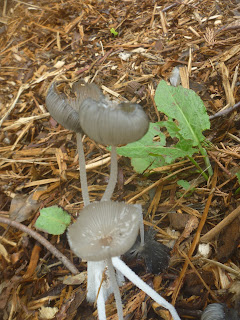 I hope eventually to be able to identify all the species here....

We saw several snails, pretty in their stripy shells 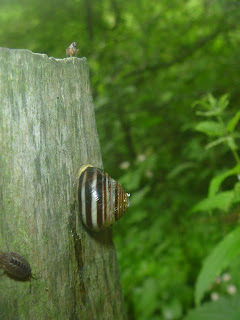 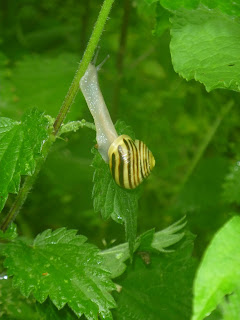 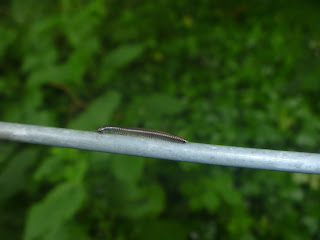 and a few hoverflies including this footballer hoverfliy (Helophilus pendulus) 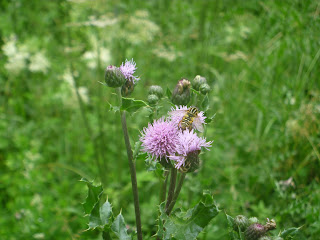 We've not been so good for orchids here this year, only seen bee orchids on my travels, no pyramidal or common spotted ones this year

I wonder if a snail ever encountered a new path