Solar eclipse and spring in bloom

This morning I was in Musselburgh to see the solar eclipse. I had read that you can use binoculars to focus the light from the eclipse and project it onto a wall or piece of paper - this trick failed totally, but the more traditional pinhole idea did work. Even if that hadn't worked I was just amazed by the beautifully eerie light quality during the eclipse (though I don't think this photo does any justice at all the true quality of the light) 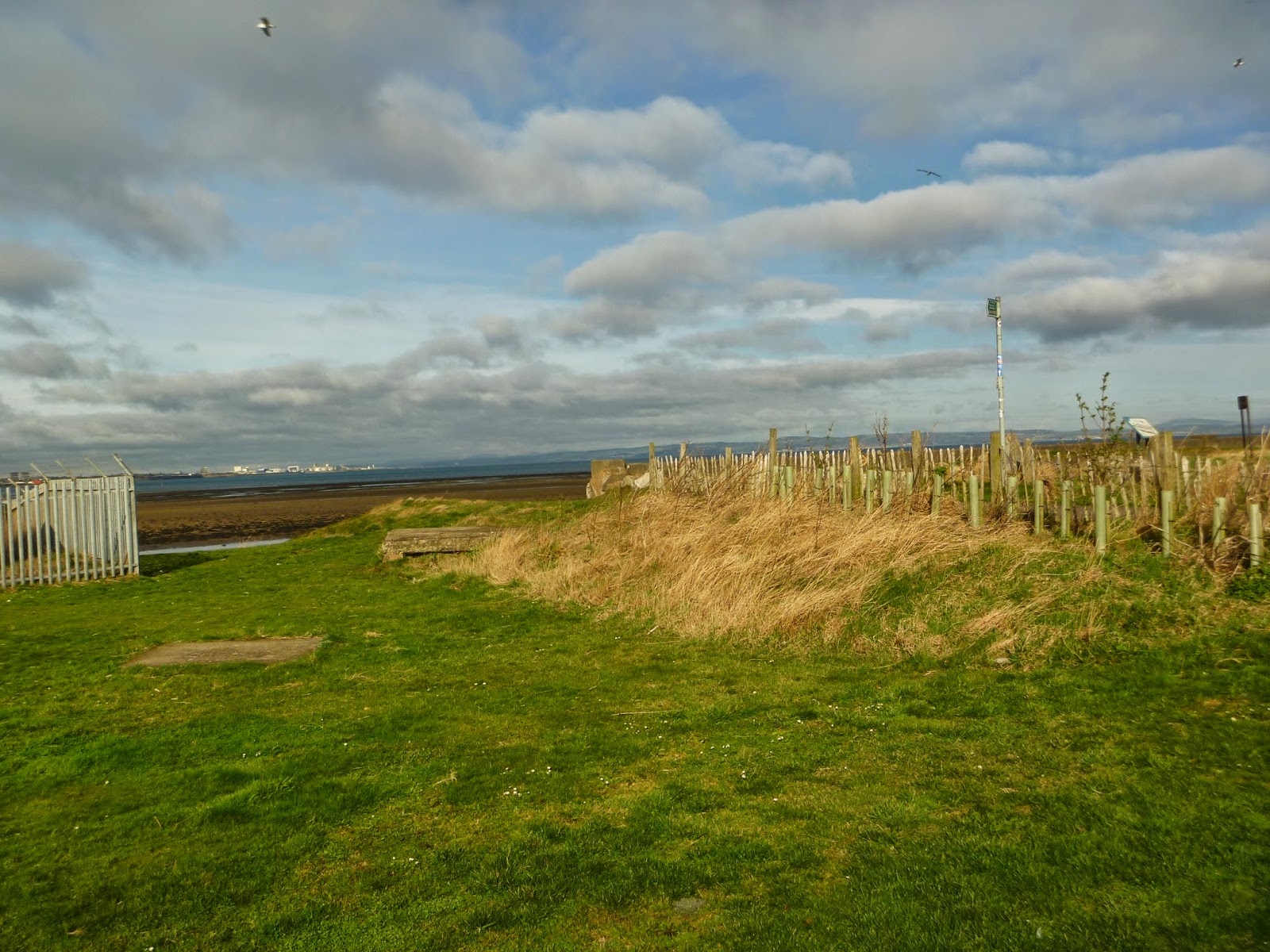 As soon as it started to get brighter again, a skylark started to sing. 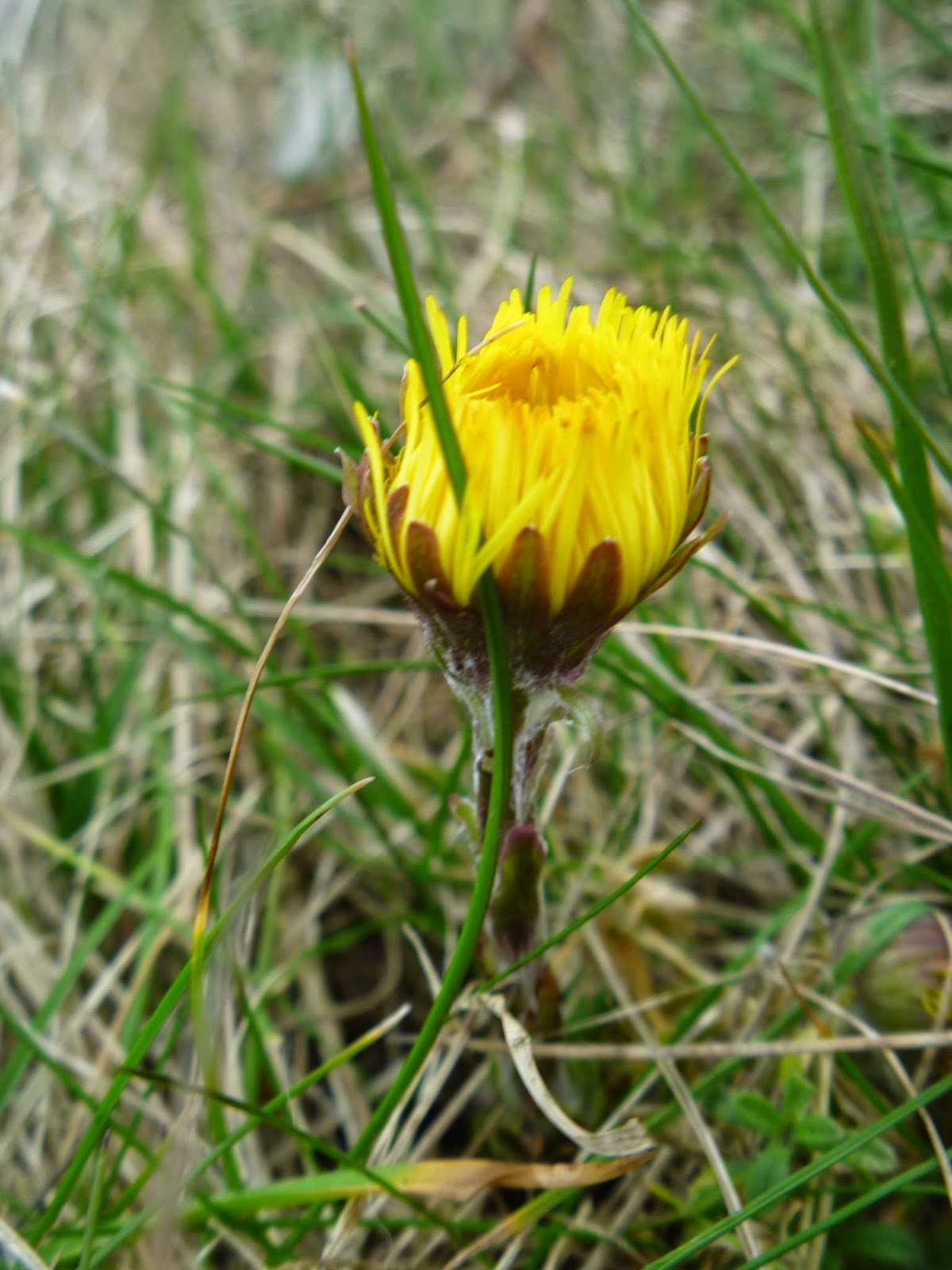 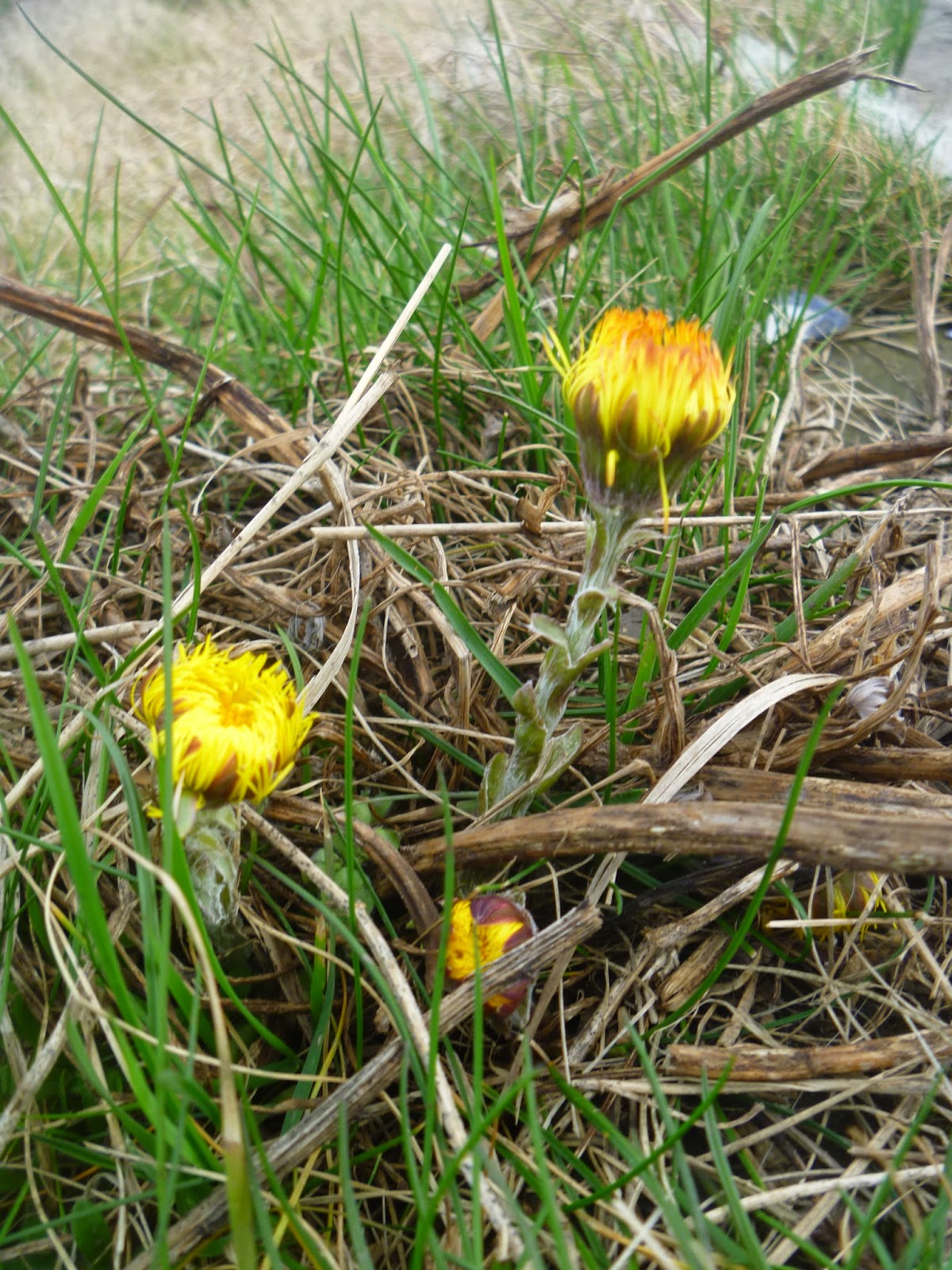 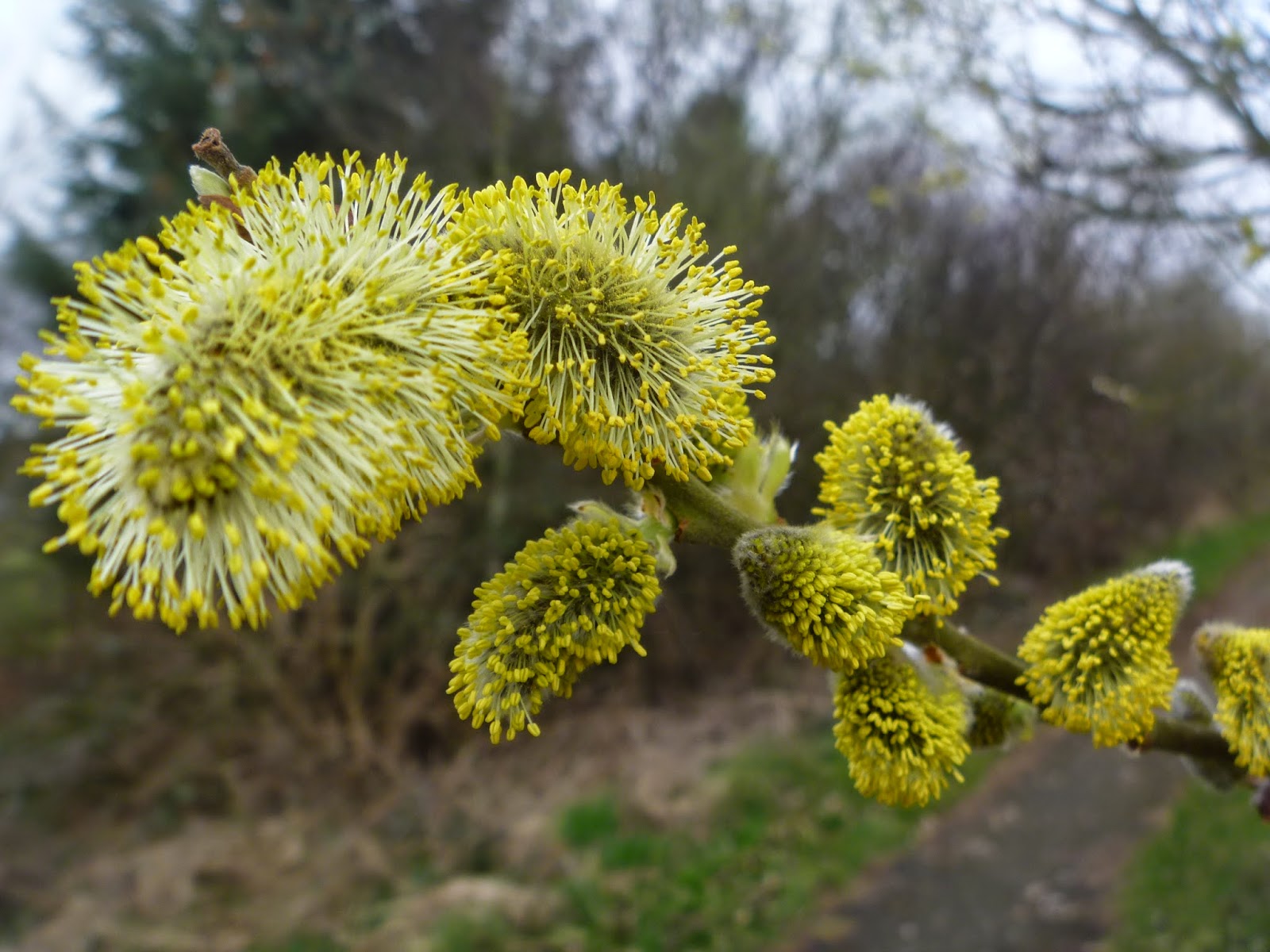 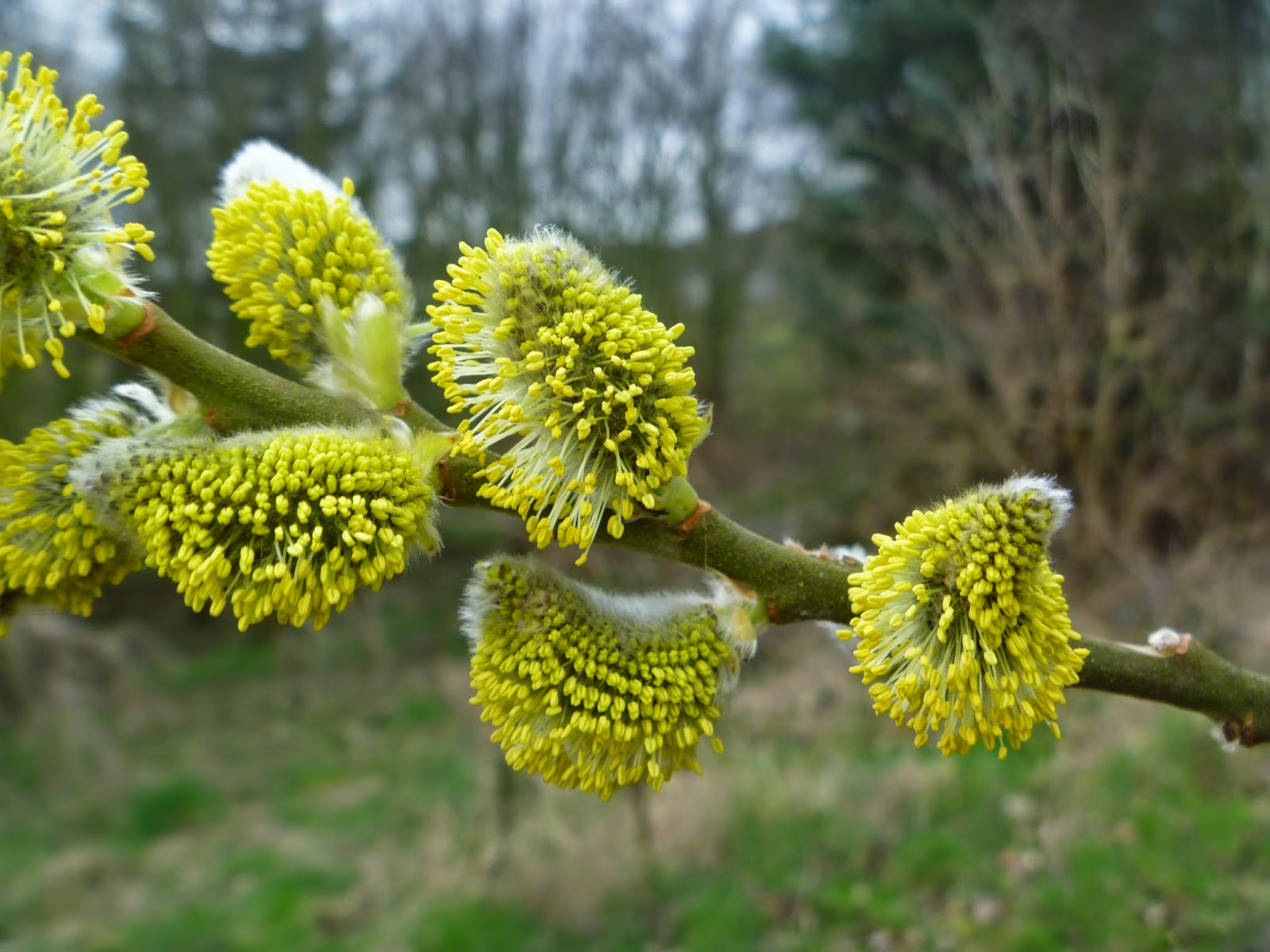 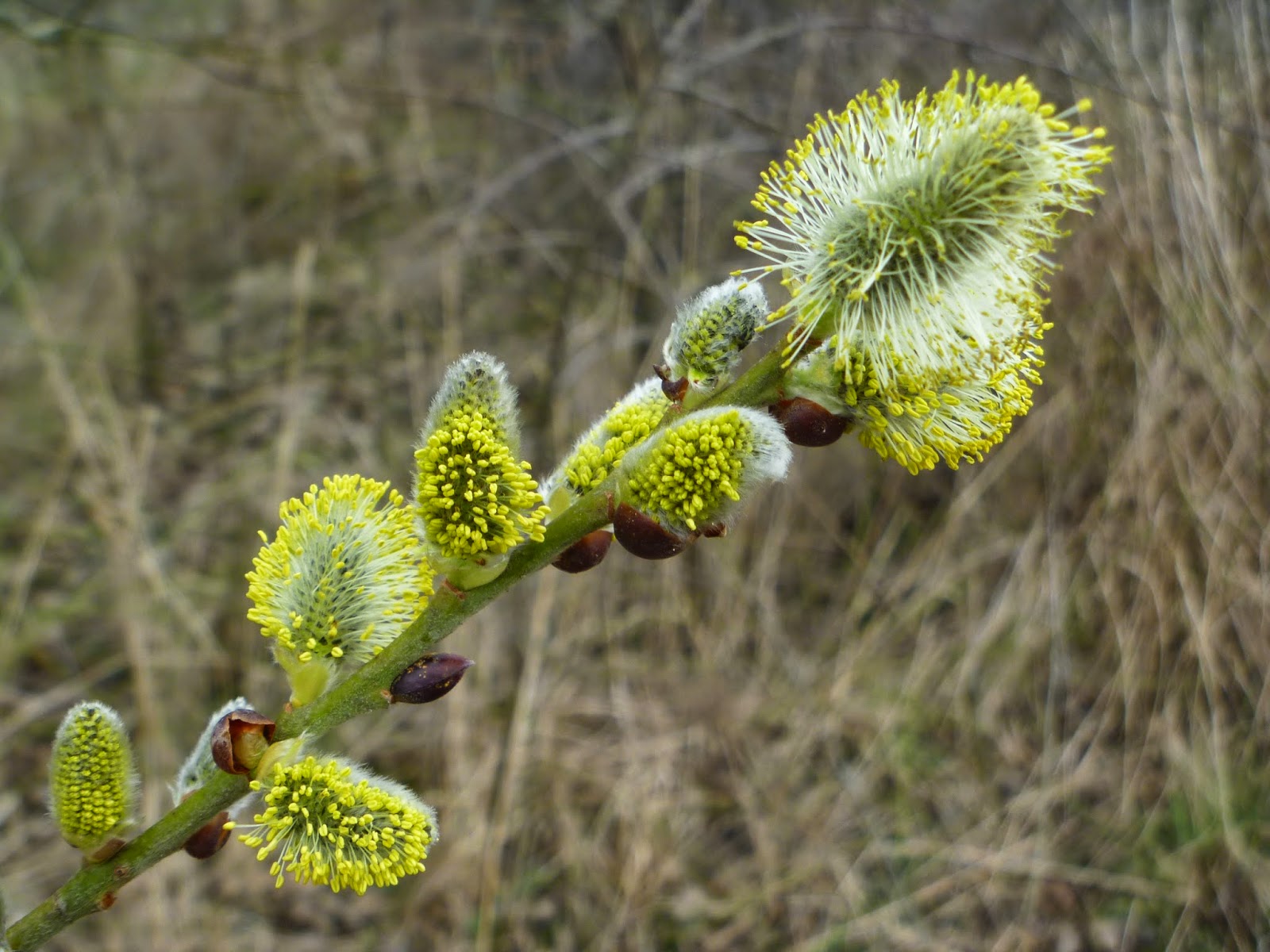 and not to forget the catkins on the nearby female tree 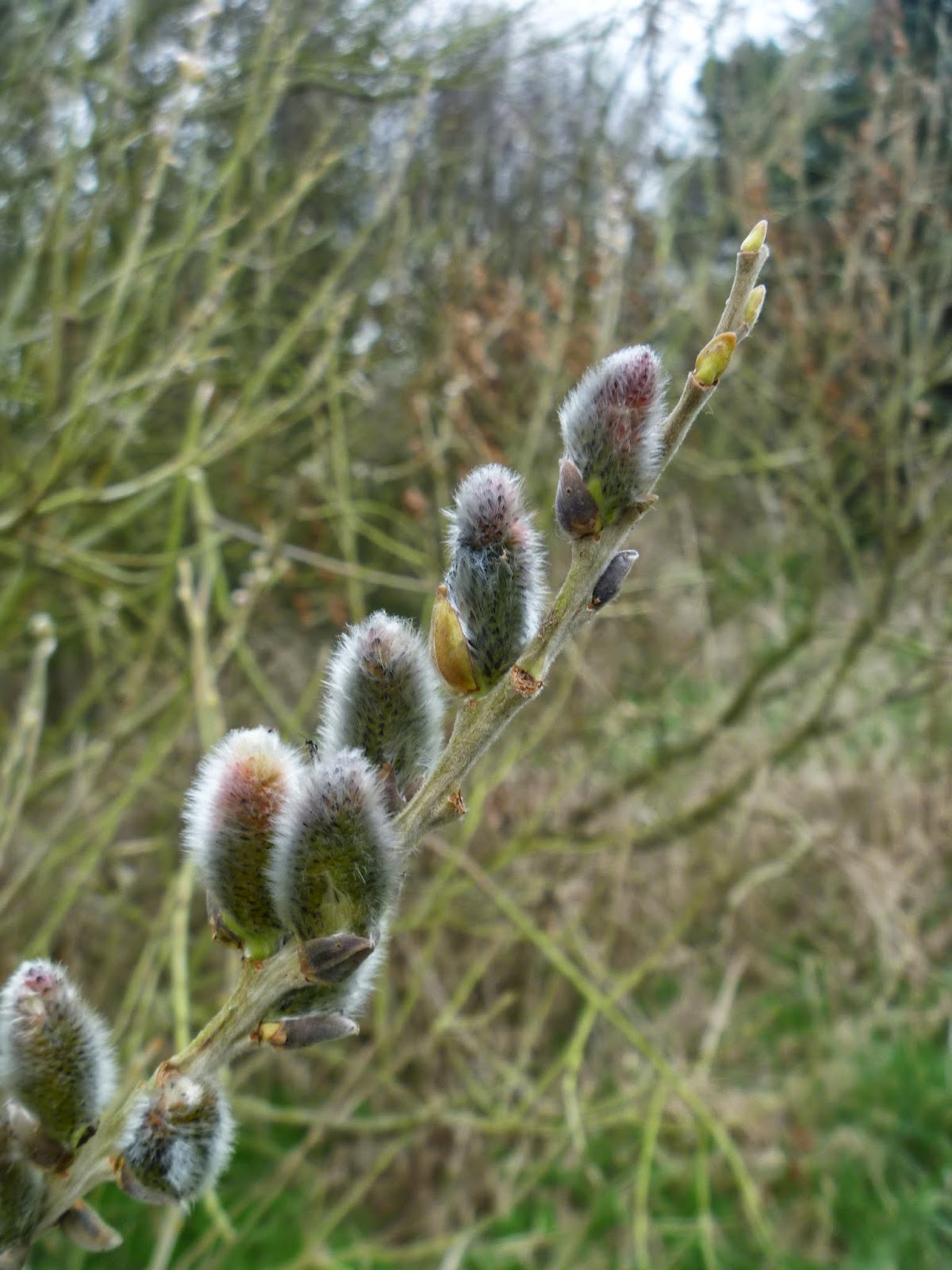 I watched a pair of long tailed tits carefully collecting 'stuff' from branches and then taking it deep into the bushes. I think it was food for their youngsters, though they may still have been collecting nesting material.

Oh and I saw my first two bees of the year!

Very jealous that you got to see the eclipse! Down here in Cambridgeshire, it was too overcast to see a thing! Oh well, we only have to wait 11 more years until the next partial eclipse!

Bees are busy here - we are having an early spring. The peach and the Asian pear trees are almost bloomed so we need a few warmish, not windy days for the bees to work!

"Cowed" was written (and just published) by Denis Hayes and his wife. Denis was the young man who headed up the "organization" of the first Earth Day in 1970.

He works now in Seattle as the Ex. Director of the Bullitt Foundation which spreads a lot of money to environmental causes.

I hope you can find it and review it in the future as able because I fear his friends are providing all the current glowing reviews and we need some more distant opinion.

brightening sky
after the eclipse
a skylark's song

Oh I would love to have been there with you... lovely signs of spring your way...Michelle

A lovely post, Juliet. So glad your conditions were so favourable for the eclipse. Yesterday started off totally cloudy here ... and today has been back to winter! At least the sun should reappear tomorrow ...