For Tree Following last year, I chose one of the several wonderful old silver birch trees in North Merchiston Cemetery in Edinburgh. Crafty Green Boyfriend and I started walking round this cemetery (and the nearby Dalry Cemetery) every day for our #DailyExercise during the first UK lockdown last year. And we're still doing the same walk regularly, though not quite as often.In fact during late November and early December, I hadn't taken many photos of my silver birch at all, so my last Tree Following update included photos of other silver birch trees in another cemetery! However, in the middle of December I took a good few photos of my tree so we can have a look at it in the middle of winter. 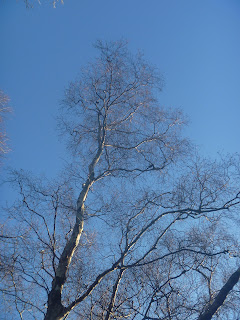 There are still some leaves on the tree (though not many) 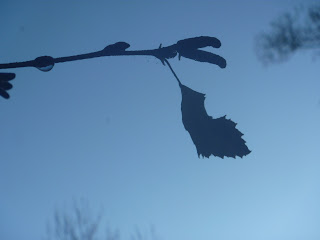 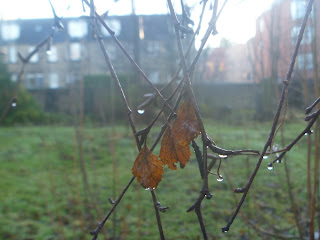 Next year's catkins are already forming on the twigs 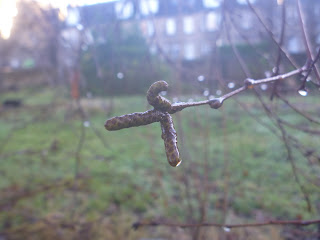 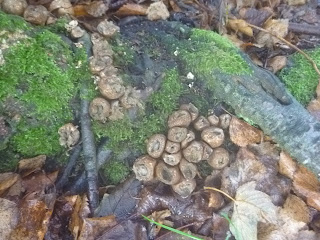 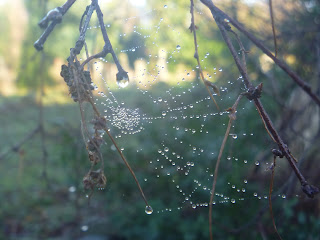 I've enjoyed following this silver birch over the last year, it's a beautiful tree, one of several beautiful birches in this cemetery.

For 2022, I'm staying in North Merchiston Cemetery and have chosen a magnificent cherry tree to follow. 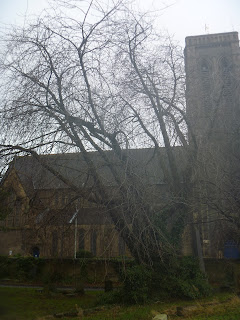 It is covered with ivy at the base, which is great habitat for many invertebrates. 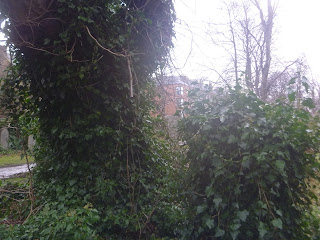 and the first buds are appearing 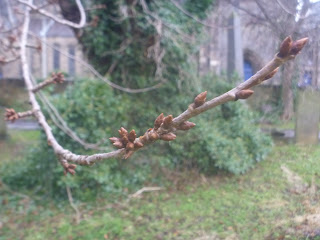 I look forward to following this tree over the next year!

Email ThisBlogThis!Share to TwitterShare to FacebookShare to Pinterest
Thinking about: In and around Edinburgh, nature diary, treefollowing, winter

The cherry tree looks to be a good choice to follow so look forward to your posts all about it. xx

That's nice that you will stay with the cemetery. I always enjoy the "tours" there—so much to see, lots of growing things :)

Hello Juliet! I don't know why you can't comment on my blog posts. I occasionally have the same problem myself on other Blogger blogs. It's really frustrating. And I so enjoy getting comments! Thanks for making the effort to let me know. If I ever figure out what to do, I will let you know (and several others who have had the same problem).