I'm continuing my wildlife survey of the cemeteries managed by City of Edinburgh Council.

Most Cemeteries in Edinburgh seem to be named for their location but Rosebank Cemetery would more logically (to me and a few others at least) be called Pilrig Cemetery as it lies on Pilrig Street!

I visited this cemetery yesterday and was very lucky with the mild, sunny weather, as it started raining just after I left! 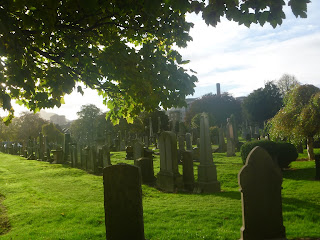 The grassy area at the front of this cemetery is a good place, at this time of year, to find fungi, including this enormous specimen (my foot for scale) 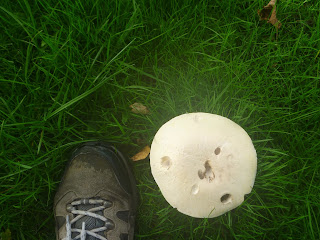 Further into the cemetery, there are a few mature trees (and lots of fallen leaves!) 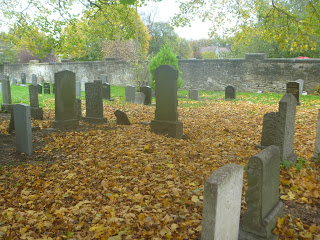 Many of the gravestones under the trees are covered in ladybirds, though mostly, sadly, the invasive Harlequin ladybird, which takes a number of different patterns. Look closely, how many ladybirds can you see on this figure? 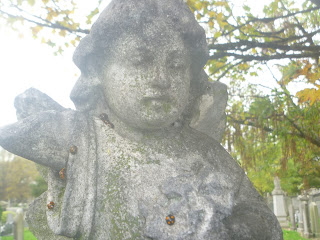 There were lots of leafhoppers about, I'm guessing this one is Ribautiana ulmi (elm leafhopper) as there were several like this under the wych elm trees, though there are a couple of other species that look very similar. 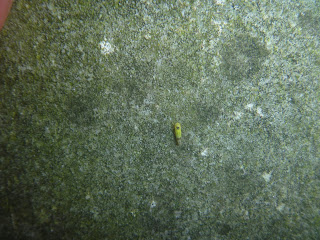 With all the insects about, it's not surprising that the cemetery has a good number of spiders, including the lace weaving spider that made this web 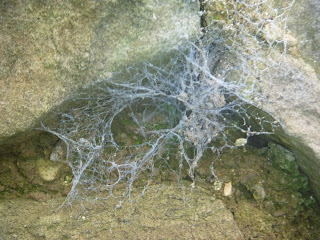 Before I left I sat on a bench under a tree and enjoyed watching the birds flying around, blue tits, a coal tit, a wren and a pair of goldcrests. Two grey squirrels were running around in the background, never stopping for a photo.

It then started raining!

Crafted by Crafty Green Poet at 8:16 am