I'm continuing my wildlife surveys of the cemeteries of Edinburgh. Today, I visited Mortonhall Cemetery and the grounds of the neighbouring Mortonhall Crematorium. 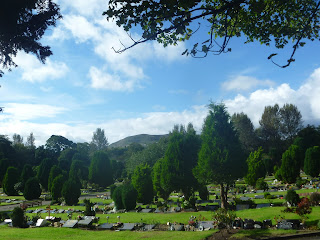 I've visited these grounds before for funerals and remember from then that the grassland here was a rich site for fungi, and that is still the case.

I'm still in the process of identifying the lichens and fungi I found here and Facebook is down, which normally isn't a problem, but the Facebook Fungi and Lichen groups are very useful aids to identification!

The fungi here include this jelly ear fungus 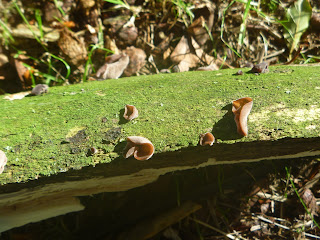 and this, which I think is a meadow waxcap () 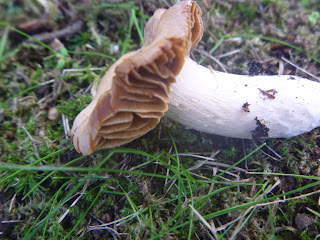 The grassland is also full of this lichen, Peltigera hymenina, which is indicative of good quality, undisturbed grassland 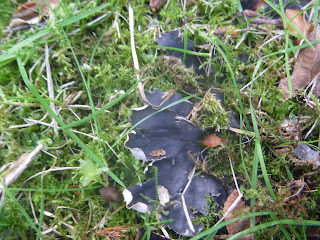 Most of the lichens in this site though are found on trees. Unlike in Edinburgh's city centre cemeteries where most lichens are stunted due to air pollution, here the lichens grow luxuriously on the tree trunks and on wooden benches like this brownish camouflage lichen (Melanelixia sp) and the yellow lichen Xanthoria sp.) 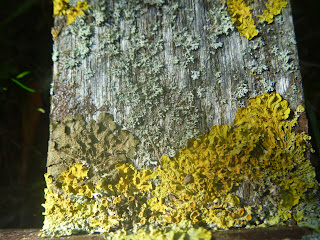 The sunshine brought out the late hoverflies. like this Footballer (Helophilus penndulus) 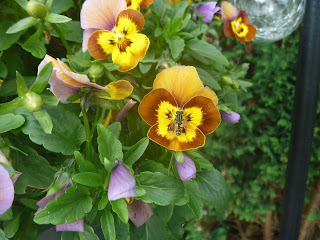 and the hoverflies in turn brought out loads of common wasps, which were crowding around the ivy.

The most unusual thing I found was this clump of what seems to be eggs - perhaps snail eggs or slug eggs? 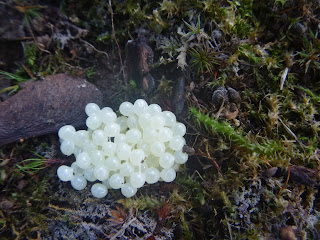 There were plenty of birds around, but only this sleepy looking magpie wanted to have its photo taken 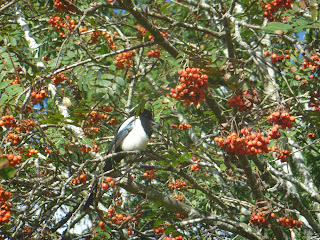 This cemetery has a woodland walk 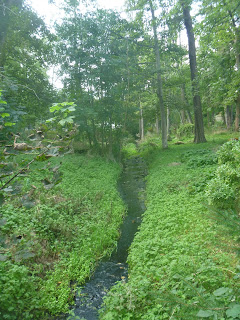 which contains birdboxes and a hedgehog house 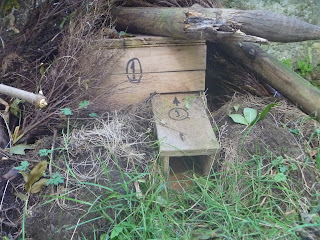 It's a very interesting cemetery to walk round and full of nature. I'm slightly concerned though that as the surrounding areas become more built up then the increase in air pollution will mean that the wonderful lichens here start to deteriorate.

What a valuable task you are undertaking, CGP. This looks a very varied site to survey. I know so little about fungi. Love the footballer!

Thanks Caroline, all my surveys will be feeding into the overall management plans, which will hopefully mean that the city's cemeteries are managed with wildlife in mind. I don't know much about fungi either, I find them very tricky, with a few exceptions, lichwen and mosses too!

Lovely photographs and I am sure you are undertaking a survey which will be much appreciated.

We don't have old cemeteries like those here in the Pac. NW.

You have shared some great photographs here, it seems you saw a good variety for your survey.

We have some here I will have to photograph...Michelle