Dramatic Skies over Braidburn Park (and some recycling)

Yesterday morning we took some items to be recycled to the Green Buckstone recycling centre at the Home Hub in Comiston Road. This is part of the Terracycle recycling initiative which recycles a lot of otherwise difficult to recycle items (such as toothpaste tubes, old pens and soft plastics).

If you're in the UK, you can find out your nearest Terracycle drop off points using this map. More and more drop off points are being added all the time (some branches of the Co-op superstore now accept crisp packets and other soft plastic packaging for example, though not our local Co-op as yet!)

I had only found out about this initiative relatively soon before lockdown and of course lockdown meant that things were shut, and then only slowly reopened. It was good to finally be able to recycle these items!

After a light snack in a local cafe we then walked to the nearby Braidburn Valley Park, which is a nice riverside park with views of the Pentland Hills. The sky was very dramatic but it didn't rain until much later 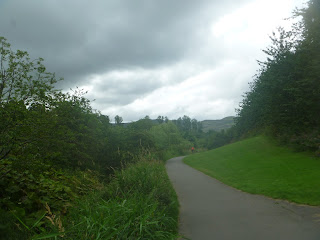 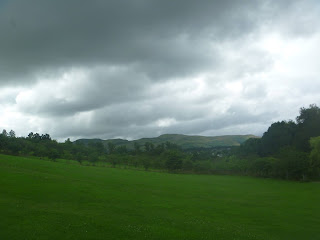 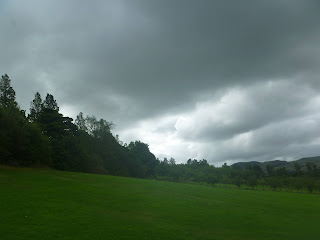 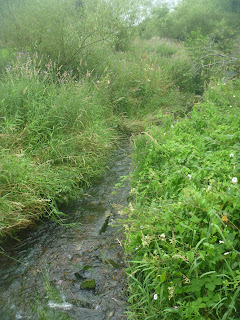 Otters are sometimes seen here, in fact we saw what was probably an otter pathway on a muddy part of the riverbank, a few indistinct scratch marks and some smoothed out mud, I should have taken a photo, but I didn't think about it until later!

The flowers around the water were full of bees and a few hoverflies, including this bee mimic hoverfly, which I think is Volucella bombylans, a species that is known for varying in its patterning. If you recognise this as something other than V. bombylans, please let me know in the comments. 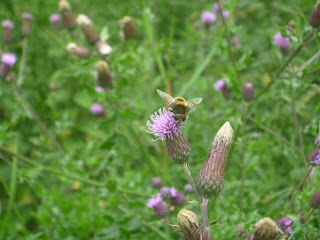 We also saw a couple of young chiffchaffs, which were very sweet.

Meanwhile, in poetry news, I'm delighted that my poem On Fire is now included in the latest issue of Green Ink Poetry. You can read my poem here.

Food for thought in that poem Juliet.

Came by to visit your corner of the world. :) Always beautiful... Glad to hear about the recycling.

I am going to do more research on Terrcycle near me ... I am somewhat familiar. I suspect there is not a general drop-off site nearby because we are not near a major metro area. There may be some small, special-product collection points!

Juliet, these pictures are magnificent!

Thanks for reading Weaver!

Hi Deb, thanks for visiting!

RG - the special prodsuct collection points seem to be located in the most surprising places sometimes, so you never know! The map is a great resource.