I should have included this in my previous blogpost but as an interesting observation it probably merits a post to itself. 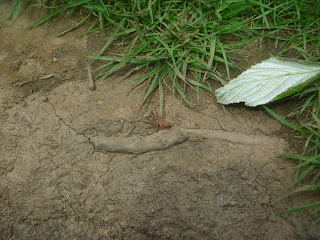 then I noticed this wasp, which seemed to be dancing around the spider 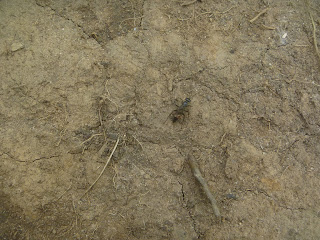 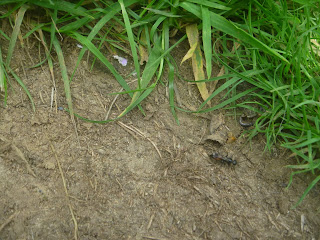 Then the wasp picked up the spider and dragged it into the undergrowth. It seemed obvious that the wasp had attached the spider in the first place but why had it seemed to be dancing? I wondered whether it was signalling to other wasps in the area to call them to help carry the spider? I shared the observation on the Edinburgh Natural History Society Facebook Page where someone told me that the wasp is a solitary species so wouldn't be signalling to other wasps but there doesn't seem to be a known reason why it would seem to be dancing. Apparently the wasp would have injected the spider with venom to kill it. It's always interesting to see this kind of thing happening! 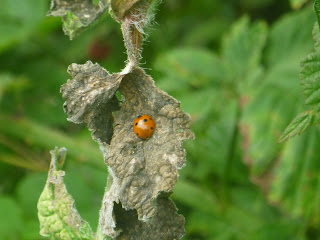 Meanwhile today has seen constant, sometimes torrential rain, but at least the snails are happy 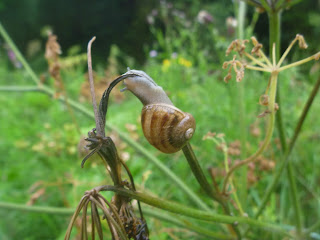 Path above Balgreen? That is particularly good for solitary bees and wasps (but not so good for spiders).

Hi David, the path at the front of the hill, between the zoo and Beechmount House