An English Guide to Birdwatching by Nicholas Royle 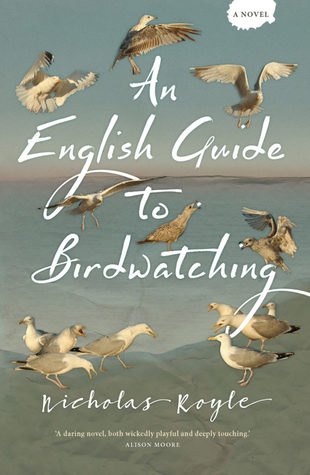 Anyone expecting a guide of any sort to birdwatching is going to be disappointed or at least discombobulated by this book. It's a novel, though a strange novel, that at one point breaks down into a series of meditations on different types of bird hides.

Nicholas Royle is not only the name of the author but of two of the major characters in the novel, characters who of course get confused with each other throughout the course of events. The story revolves around a short story on the subject of Gulls, purported to be written by one of the Nicholas Royle characters and published in an anthology edited by the other Nicholas Royle character. In real life this is a story written by Nicholas Royle the author of this novel and published in an anthology edited by another Nicholas Royle, though in the novel it is claimed that it's been stolen from Silas Woodlock, who has retired to the seaside and taken up creative writing as a hobby and who is plagued by the local gulls.

Many well known people turn up briefly or are name checked in the story, which makes for an added sense of believability but may well make the book date faster than it otherwise would (who are all these people? we may well be asking ourselves in a few years time).

This is a confusing, hilarious and insightful book. It centres on birdwatching, the human relationship with birds and mistaken identities. It also addresses issues including immigration, extinctions and climate change while indulging in a bewildering array of wordplay, which is sometimes exhilirating and sometimes irritating. It's the kind of book you either can't put down or end up throwing across the room in exasperation!

An English Guide to Birdwatching by Nicholas Royle, published by Myriad (2017).

The two Nicholas Royles are often confused with each other (see this article) and in fact I proved the point myself when I tweeted the wrong Nicholas Royle in my tweeted link to this review!
Crafted by Crafty Green Poet at 1:05 pm