I was just saying to Crafty Green Boyfriend last week how I hadn't seen many terns this year at Musselburgh. Then today I saw more than I've ever seen before! At least ten sandwich terns and 5 common (or possibly arctic, they're very difficult to tell apart at any distance) were flying above the Firth of Forth, diving down to catch fish. Then there was another group of sandwich terns sitting on the lagoons, showing off their slightly punkish 'hairstyles'.

Also at the lagoons, there were lots of house martins flying low over the water, joined by a few swallows and swifts and at least one sand martin. It's beautiful to watch them.

I also saw a pair of linnets, a hunting kestrel, reed buntings, skylarks, a pair of gadwall, a little ringed plover, eider ducks with youngsters, goosanders with youngsters and a whole load of other birds. None of which came close enough and stayed still for photos, so here are some of the flowers instead: 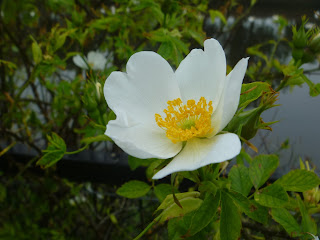 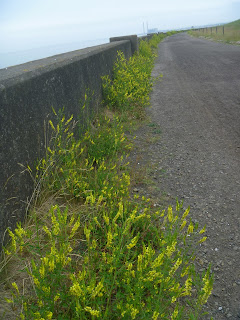 tall melilot is at its best at the moment, lining the side of the walkway 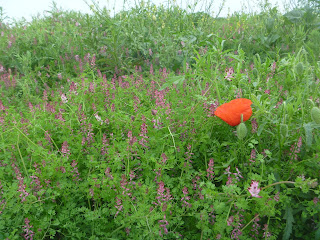 Red poppies are now showing in the verges (seen here with red bartsia). I've never seen either of these flowers in these verges before. 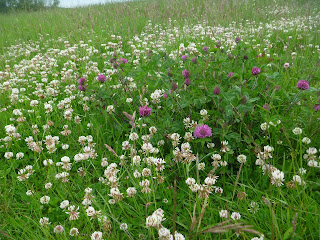 red and white clovers on the grassy scrubland on top of the reclaimed ash pits.

It's amazing to think that this area, which is so rich in wildlife, is actually reclaimed from industrial ash pits. Also, now that Cockenzie Power Station is shutting down, the active ash pits (see the grey hill in the background of the photo below) is also going to be reclaimed as an extension of the Lagoons Nature reserve. 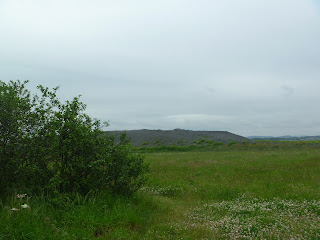 It is nice to hear land was reclaimed for a nature reserve. So glad it is doing so well too and is rich in wildlife. Beautiful flowers and images.