On the second full day of our trip to Dumfries and Galloway we went to the wonderful RSPB (Royal Society for Protection of Birds) reserve at Mersehead.

We were both surprised to realise that we've never visited this reserve together! Generally on our holidays to Dumfries and Galloway we go to the WWT (Wildfowl and Wetland Trust) reserve at Caerlaverock, and have never gone to Mersehead, despite my fond memories of working there briefly one summer many years ago. 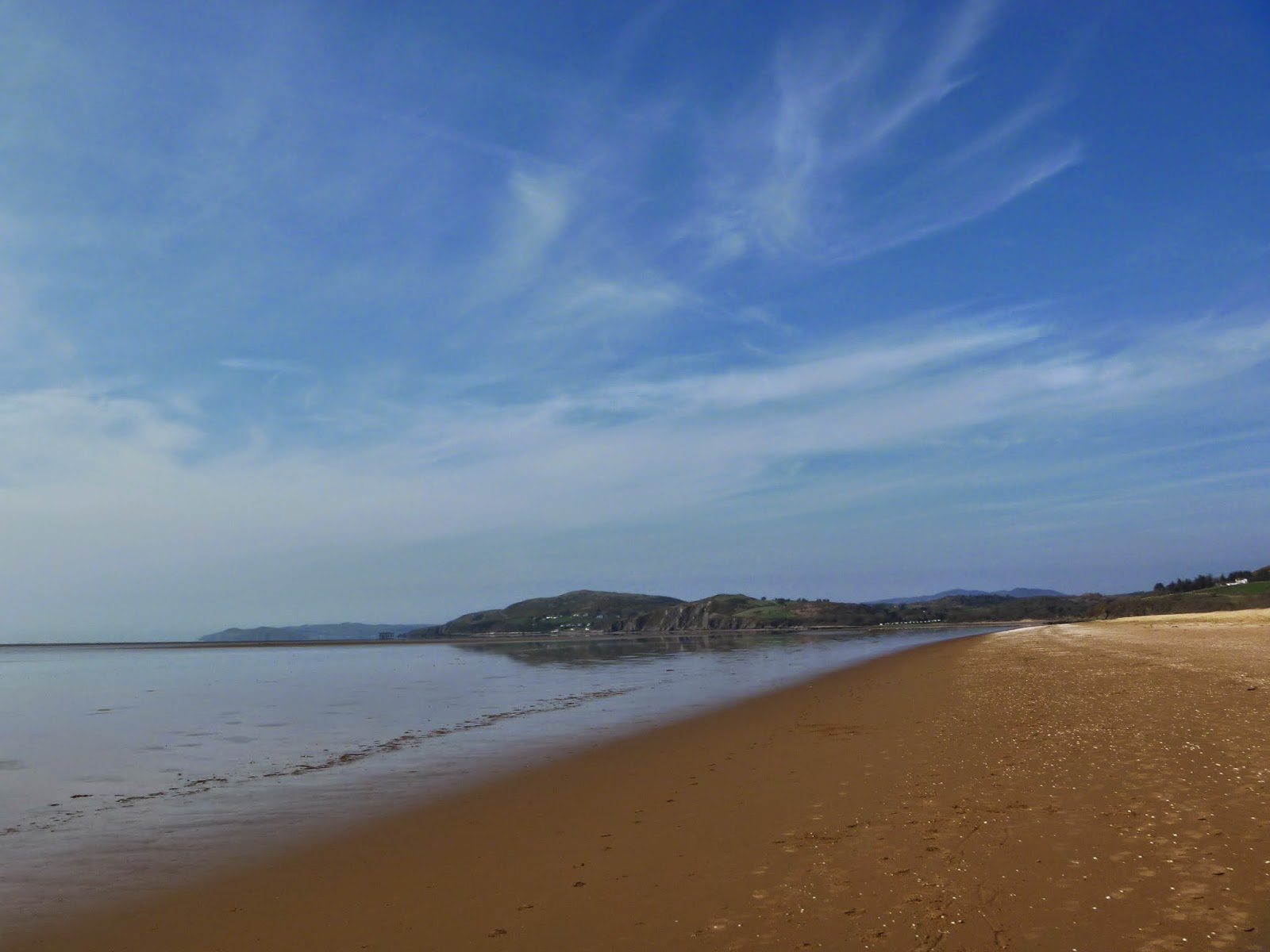 There are extensive areas of  reedbeds which are home to a range of birds, but while we were there they were totally dominated by the wonderful sound of skylarks, which were flying high in the sky and sometimes swooping low to chase each other through the reeds. 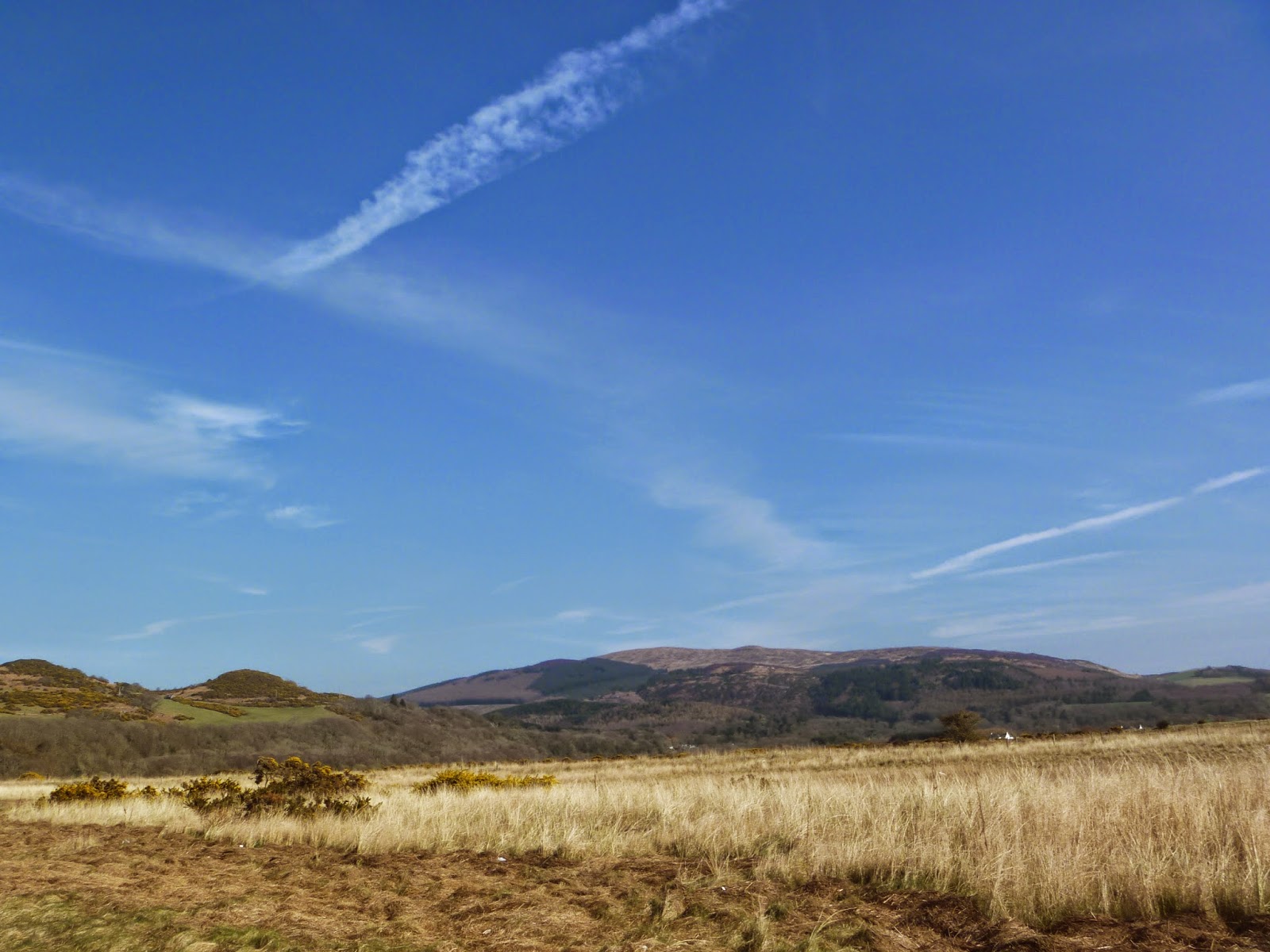 On the beautiful lagoons, we saw our first ever pintails and good numbers of other ducks including wigeon, teals, gadwall and shovelers. This is the first time I've ever seen shovelers other than the lonely male who lives on the Figgate Pond and sometimes appears on other random ponds round Edinburgh. It was nice to see a group of this beautiful duck, the male is very handsome.

The most amazing thing though was to see the fields full of barnacle geese, feeding. 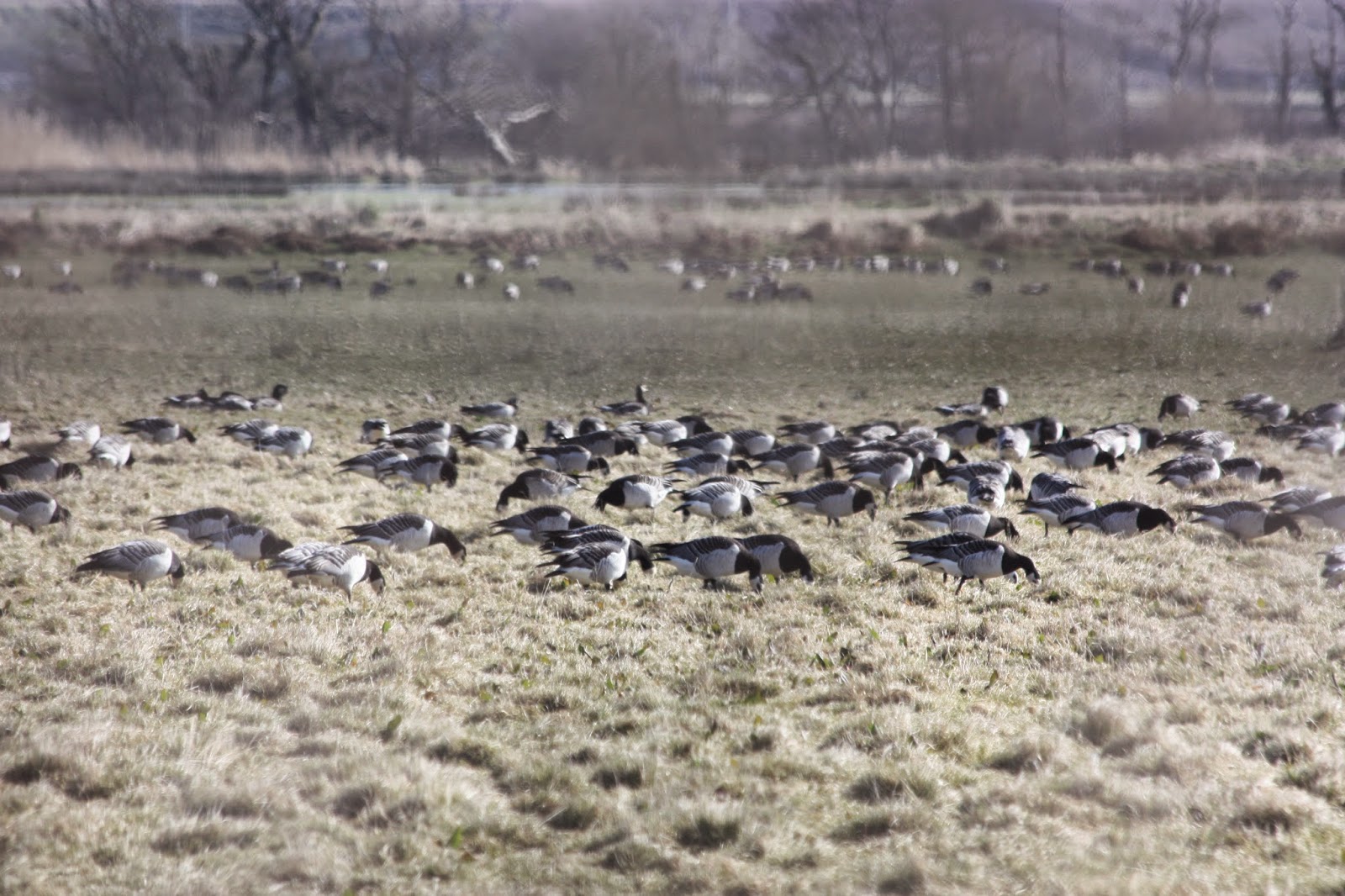 Just before we left the reserve, the vast numbers of geese lifted into the air, hooting and sweeping round in circles, only to land and then repeat the same thing all over again. The Germans have a wonderful word Zugunruhe which sums up this restlessness of the migrant animal about to depart. There's no doubt that those barnacle geese will very soon be on their way to their breeding grounds in the Arctic. 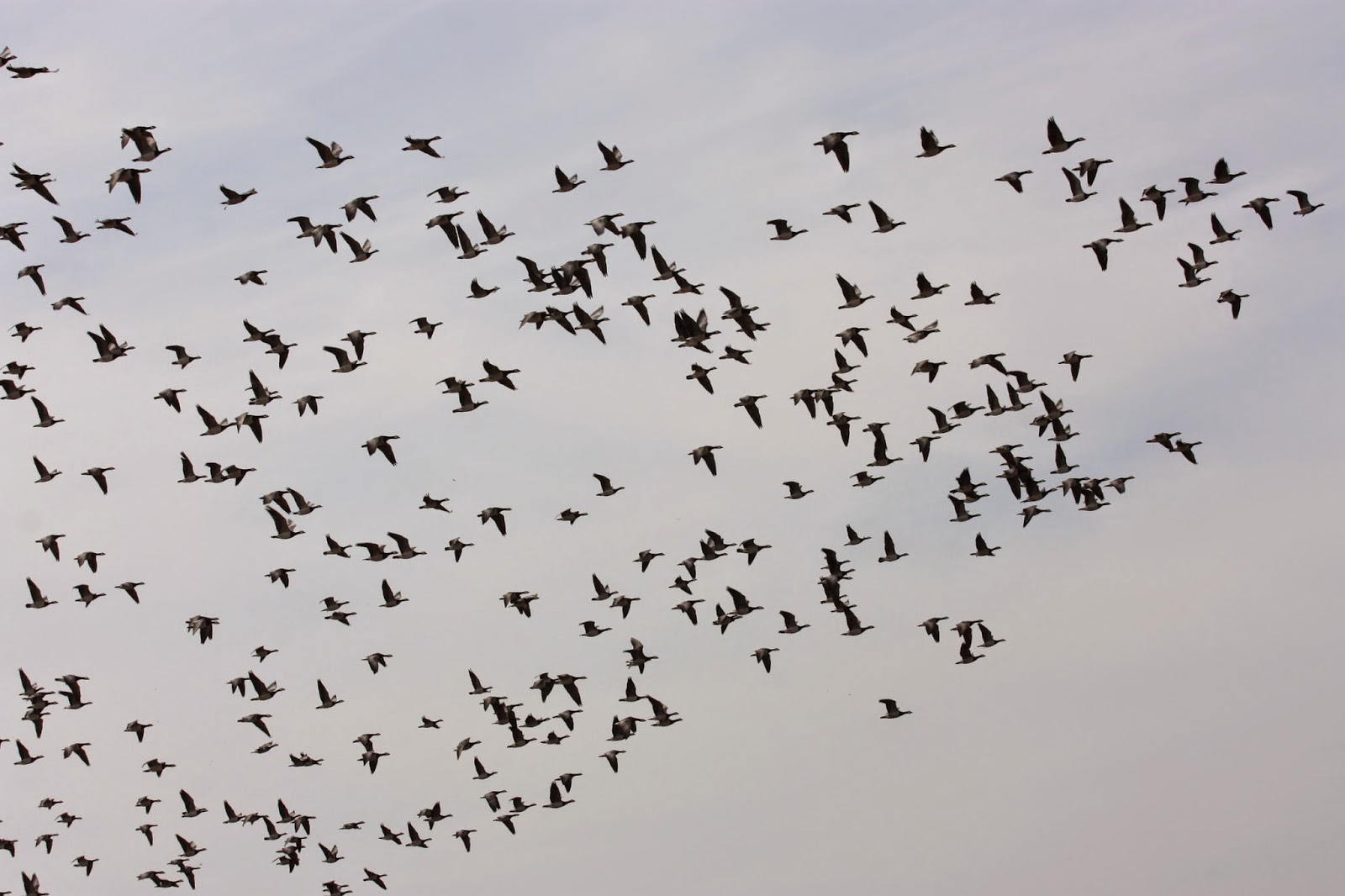 The RSPB Big Nature Festival this year is happening on 23 - 24 May at Musselburgh, my favourite birdwatching place. I'll be reporting back from both days.

For Nature Notes
Crafted by Crafty Green Poet at 2:12 pm

Hello, what a great report on your visit to this reserve. Cool shots of the geese. It looks like a beautiful place to bird.. Have a happy day!

Lovely photos and very interesting write up on your visit to the wonderful and fascinating reserve.

Surely it is a fabulous experience.

Fantastic shots from the reserve.

Love the blue sky in those pictures!! Just lovely!! - www.domesticgeekgirl.com

Wonderful habitat for wildlife and opportunities for nature lovers.... Michelle