Watching Trees and Fungi in the Dells 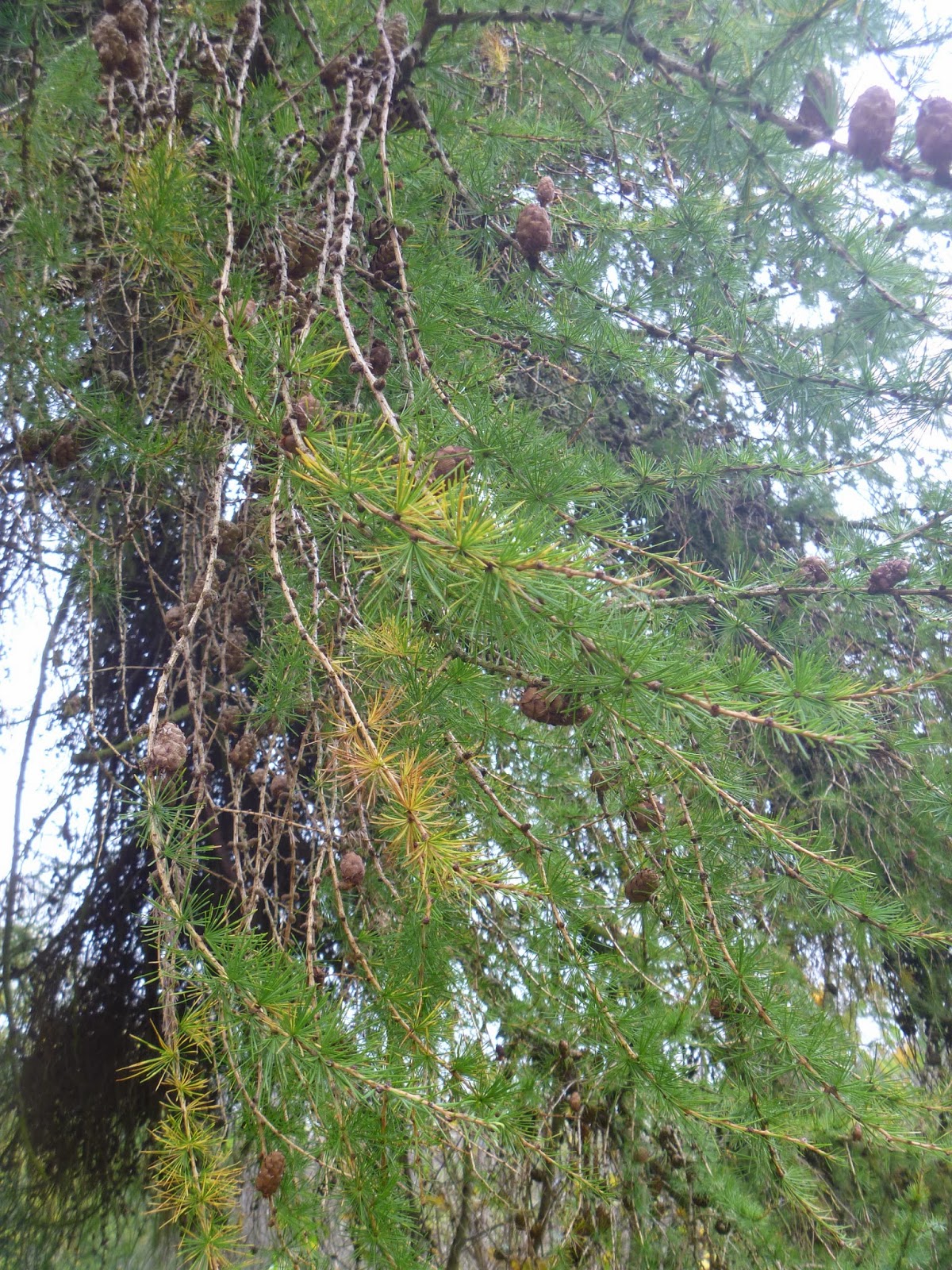 The larch tree stands on one side of the Water of Leith Walkway in Colinton Dell. Its roots spread to the other side of the path and poke through the soil in the side path into the field. At the moment there's a nice lot of what I think are brown bell cap toadstools growing just by the roots of the larch. 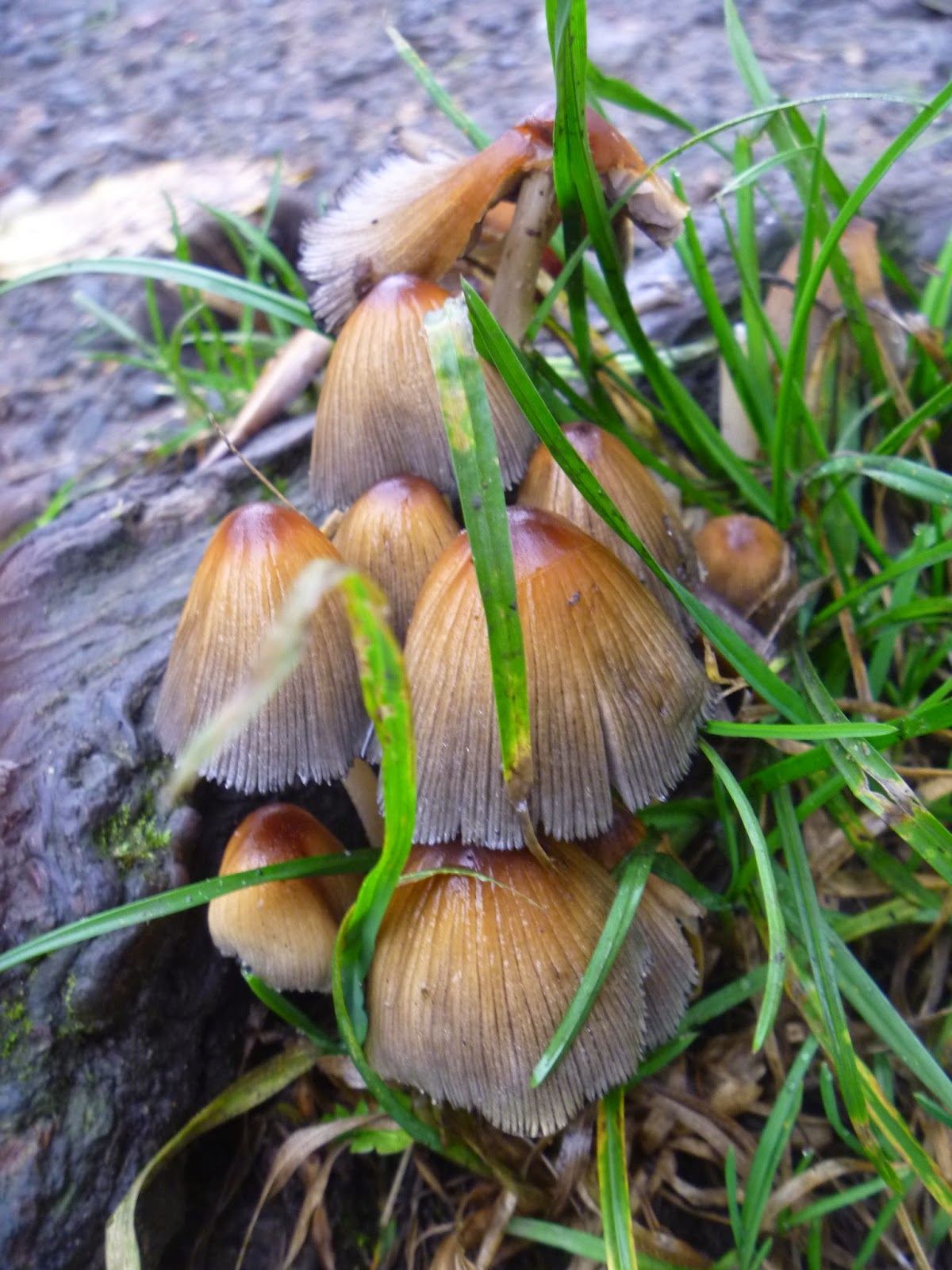 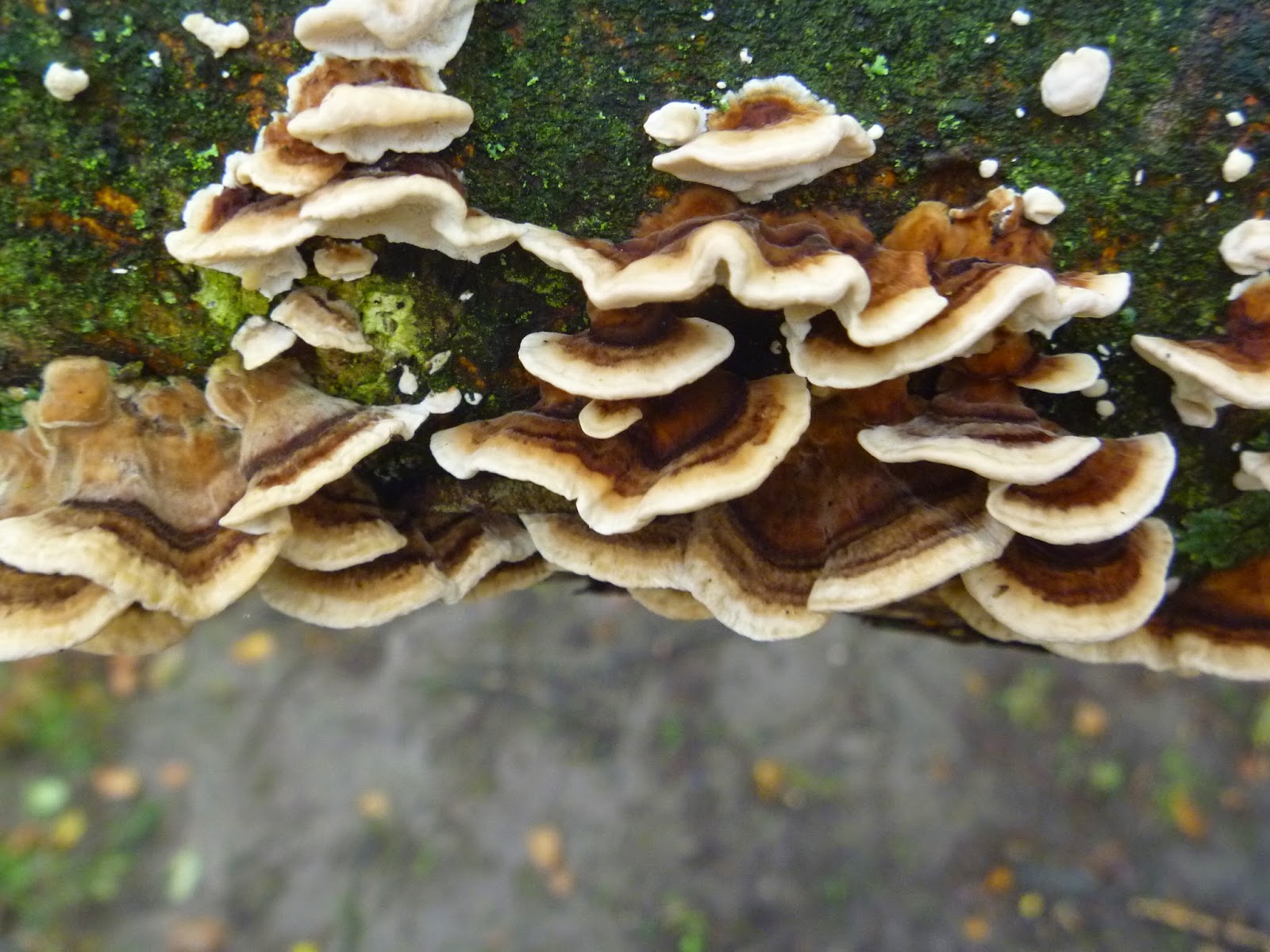 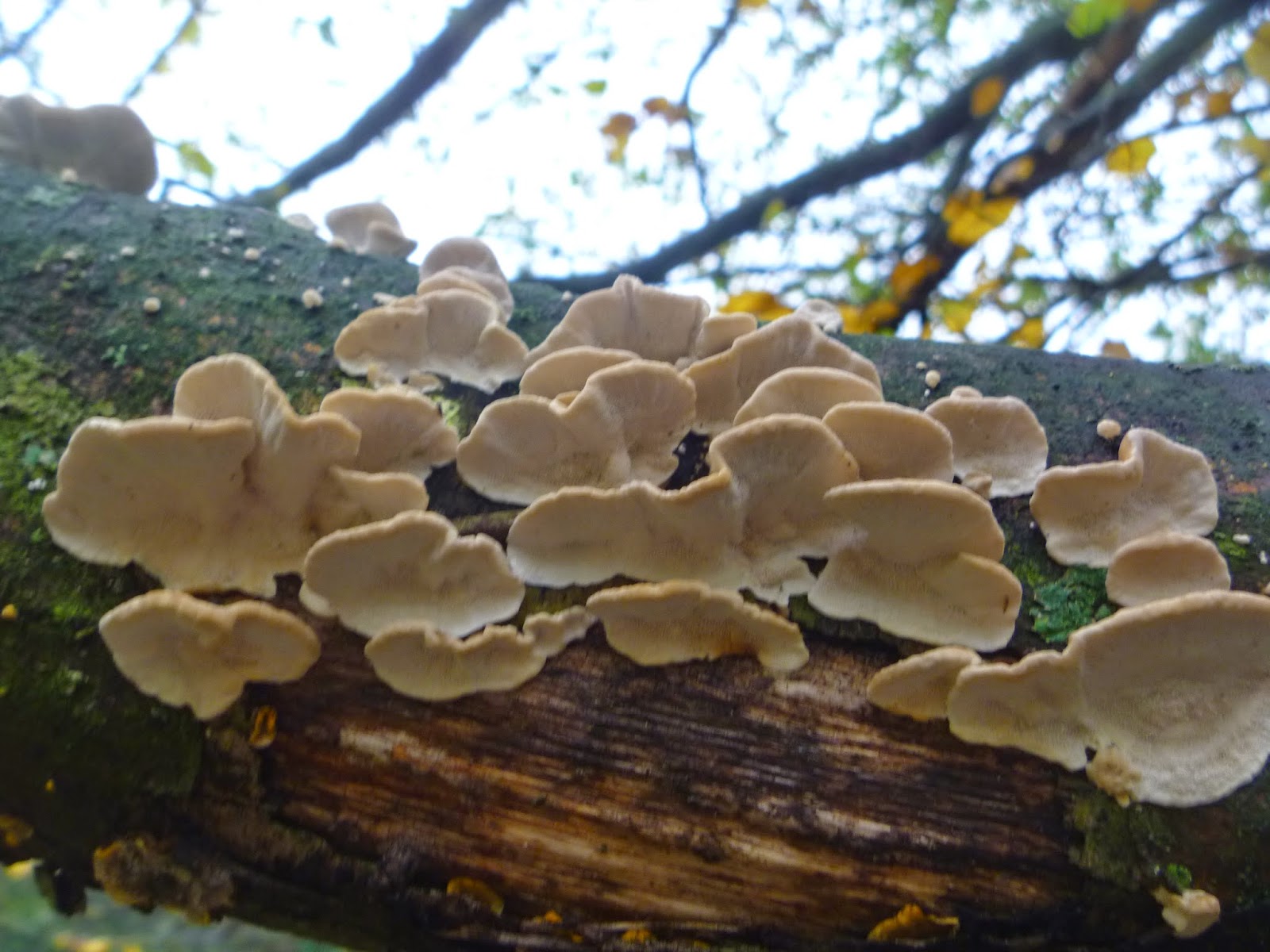 The grey squirrels throughout the Dells were very lively today, chasing each other and running round. There were a good number of birds around too, and it was specially nice to see a grey wagtail and a pair of goldcrests. I also had a lovely view of a dipper.

As ever, red text contains hyperlinks and takes you to other websites where you can find out more

Email ThisBlogThis!Share to TwitterShare to FacebookShare to Pinterest
Thinking about: autumn, In and around Edinburgh, nature diary, photo, Water of Leith

Nice photos. I quite like seeing fungi in the wid. And I did eat some "magic" ones many, many years ago when I still lived in Cuba. I hope my children never read this comment.

I like these photos, there is something most mysterious and magical about fungi!

It reminds me of our pine trees turning yellow and loosing their needles ..I love the mushrooms and the fungi.. Wonderful post, enjoy your weekend!

I don't see a lot of wild fungi here in KY. Have a great weekend!

You have done such a wonderful job documenting your tree and in covering the surrounding nature... Michelle