Not much flowers in Autumn (though as Scotland gets warmer due to climate change, more flowers are around in November than used to be the case). One species that has always flowered in Autumn and is an important food source for insects at this time of year is ivy. At the moment, many ivy flowers are turning to berries. This ivy, growing in Colinton Dell along the Water of Leith, shows some of the flower heads are already developing into berries. 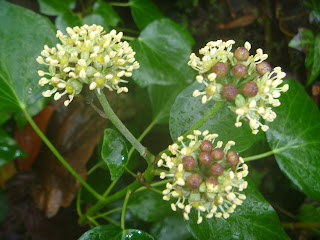 Also in the Dell today, I found these tiny toadstools. I think they're Bark Bonnets (Mycena speirea) but please correct me if I'm wrong! I think the moss is a Hypnum sp and there's also a lichen in the second photo. 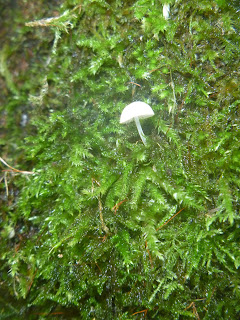 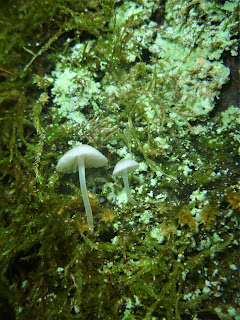 I saw three Grey Herons on the walk, including a juvenile (recognisable by its duller plumage). None of them were close enough to take a decent photo.

The autumn colours are still lovely, though many trees have lost most of their leaves now. 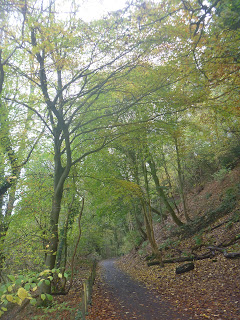 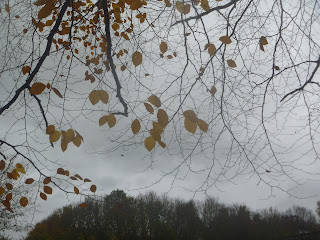 Always enjoyable to see your photographs.
... and I'm sure it was good to see three Grey Herons on your walk too.

Our flowers are drying up and you can tell as what few pollinators are searching far and wide for food.