It's a lovely day today, so Crafty Green Boyfriend and i decided to make the most of the sunshine and walk round Corstorphine Hill. We took a different route than we usually do, walking round the wooded part of the hill 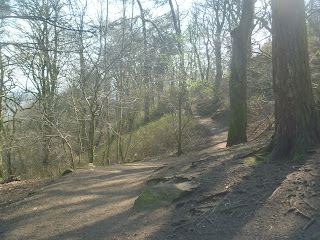 There are some magnificent trees on the hill, including these two Scots pines (in the centre of the photo). The dead tree to the right of the pines looks as though it would be an ideal nest site for a great spotted woodpecker (a bird that does nest on the hill). 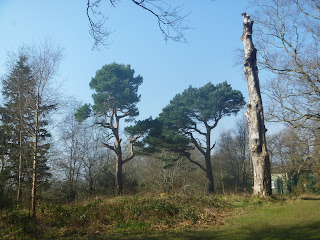 At the top of the hill is the Corstorphine Tower, erected in memory of Sir Walter Scott, the great Scottish writer. 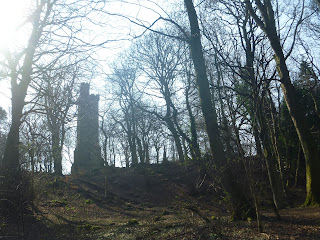 While we were standing at the top of the hill, we saw a nuthatch flying between the trees and the tower as well as a treecreeper flying between trees then climbing up the trunks, searching for insects in the bark. 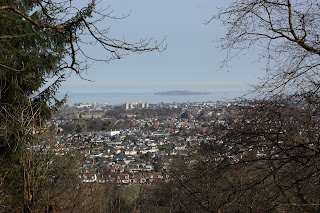 The daffodils are in bloom across the hill 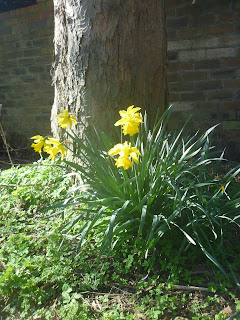 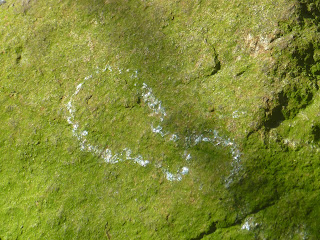 At the bottom of the hill, we heard a couple of field voles squeaking in the grass and saw the grass moving and then a few minutes later we actually saw a field vole, sitting just next to a hole in a wall. We didn't dare move, as we didn't want to scare it (so didn't even try to take a photo). It stared at us for a while, then dashed back into the hole.

The weather feels almost like summer today, but apparently snow is forecast for Monday (which would be a shame, as I'm doing a guided walk that day and snow may mean the walk being cancelled!)

I didn't know about the trail they leave....