Today, Crafty Green Boyfriend had a 'volunteering day' off work and chose to officially accompany me on my voluntary patrol of Colinton and Craiglockart Dells along the Water of Leith. (He occasionally comes along with me unofficially on a bank holiday or similar). So he helped me pick litter and record wildlife.

Before we even left our street we had spotted something amazing. Two female house sparrows were fighting very aggressively, with about five other sparrows following them and chirping loudly. 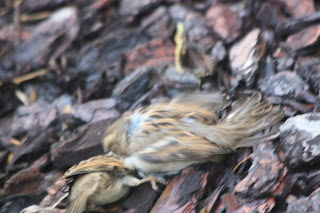 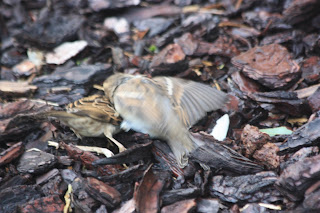 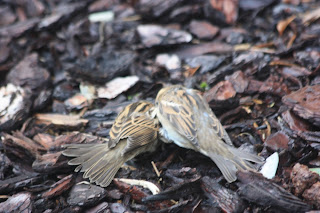 I have no idea why the two birds were fighting like this. If anyone has any ideas, please let me know in the comments below!

The Dells are beautiful at the moment, with all the autumn colours, specially the beech trees 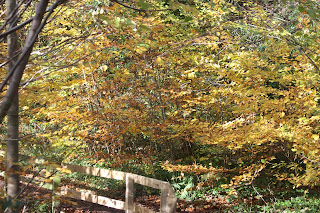 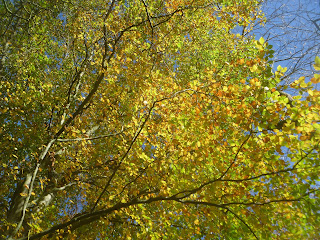 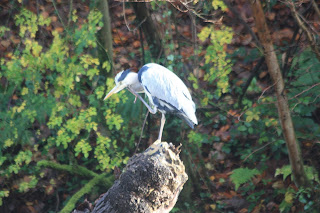 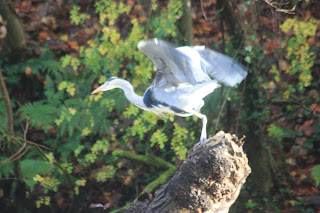 and of course there were lots of fungi around. 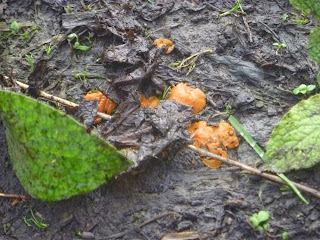 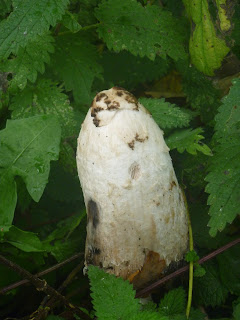 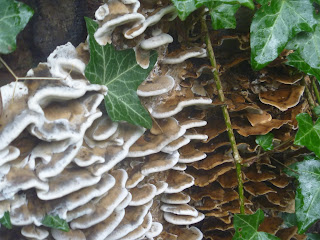 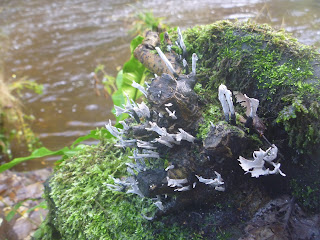 I love seeing the various fungi, the shapes and colors are pretty. Could the sparrows both be male fighting over a female or territory? Great series of photos. Kudos for picking up the litter. Take care, enjoy your day! Have a great week ahead!

Hi Eileen, the sparrows were definitely both females, male house sparrows look quite different from females (unlike other sparrow species where the sexes look the same).