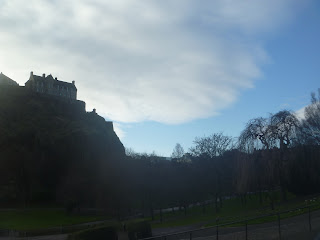 and its banks of trees 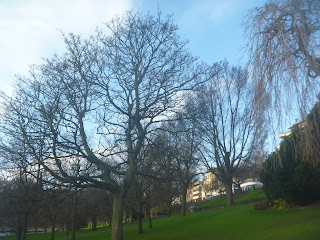 However, as residents of Edinburgh and readers of this blog will be aware, there is increasing controversy over the way that Edinburgh Council treats these gardens.

West Princes Street Gardens (featured in the photo above) are now managed by The Quaich Project which seem intent on making the gardens into a year round event venue. Now some events are fine - community based events for example and the occasional concert in the band stand (which is in very poor condition now and needs to be replaced but there is, of course, controversy over the plans for this). However there are fears that the gardens will become host to an almost endless stream of large, loud concerts where the gardens are closed to the public for great lengths of time to allow for event preparation.

The Hogmanay concert takes place in the bandstand and many people enjoy this, though many also complain about poor crowd control, lack of toilet facilities, overpriced tickets and local residents definitely don't like having to wear wrist bands and give their personal details to private security guards before they can access their homes if they're in the 'event area'.

Hogmanay has a longer term impact on the gardens too, this is how the grassy bank looks at the moment 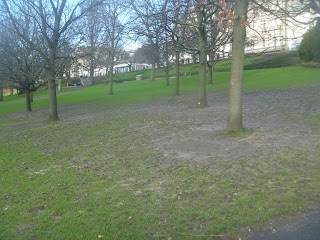 This is nothing, though compared to the mess of East Princes Street Gardens at the moment. This part of the gardens is still recovering from the huge Christmas market (which didn't have planning permission!) 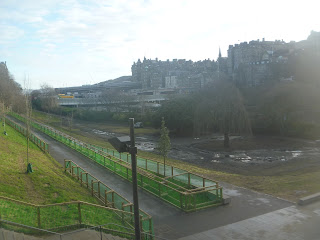 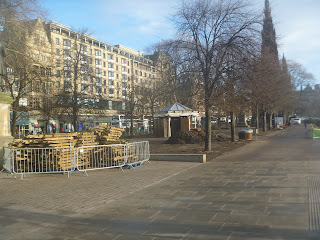 Edinburgh Council says that this will be restored to its normal state by Easter, which means that from Christmas to Easter one half of our city centre gardens looks like a muddy field and a building site. Is this what you expect to see in the main park of a World Heritage Site?

There's an excellent review of Edinburgh's Christmas and Hogmanay, written by an event manager on the Gallus Events website.

And an excellent article by Gerry Hassan 'Whose Edinburgh is it Anyway?'


And you can read my short story inspired by the controversies over the Christmas market over on my Over Forty Shades blog here.

However I was entertained by this pair of herring gulls (in winter plumage, hence the speckled grey on the heads) on the banks 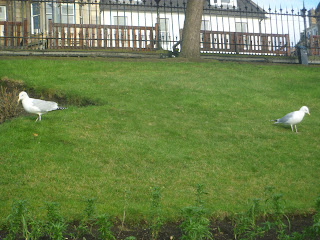 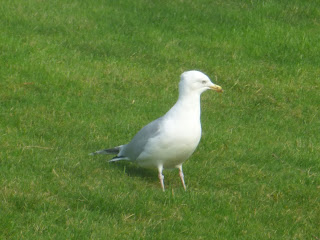 They were energetically jogging on the spot (an activity known as puddling). This is thought to bring worms and other invertebrates to the surface.

I also stopped to photograph this eagle on the corner of Morrison Street and Torphichen Street. One of those little architectural details which is so easy to miss. 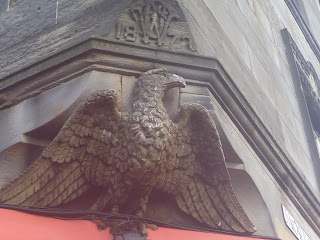 Thanks for linking to my article, I tried to be as open as possible on how you would 'normally' organise events like the winter festivals. @williamevents

Great article Crafty Green Poet, and thanks for including that link. Best read in ages on the goings on at the Christmas Market and Edinburgh's Hogmanay and all the peripheral shenanigans. I don't often read from beginning to end (poor concentration), but I did this article. Joanie