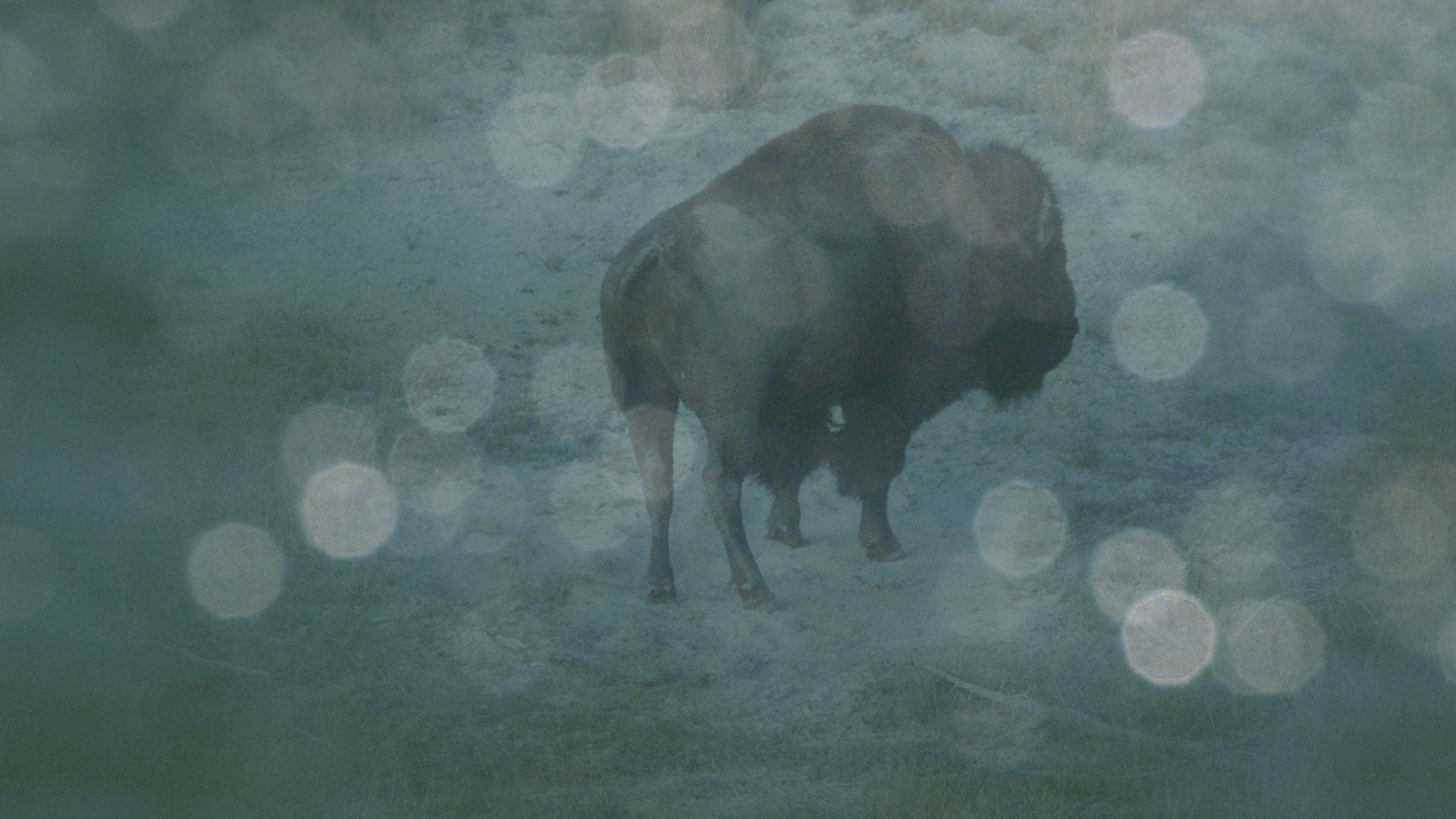 Becoming Animal is a beautiful meditation on the human relationship with the natural world and how that relationship is mediated by language and technology.

Filmed mostly in Grand Teton National Park, Wyoming, the film focuses on elements of the natural world, allowing the viewer to become absorbed in the flow of a river and waterfall, the breeze through the trees, the calls of an elk at night.

A collaboration between filmmakers Peter Mettler and Emma Davie and writer and philosopher David Abram, this is a very thought provoking film. How did the natural world impact on the first spoken and indeed written languages? How does language impact on our understanding of time and is time itself a concept that exists outwith language? How does technology help and hinder our relationship with the other creatures we share the planet with? Specifically how does film making affect that relationship?

The film is beautifully paced, slow and meditative as befits the subject matter and although Abram does sometimes veer towards the almost pretentious his words really do prompt you to think about how we perceive and understand nature.

Becoming Animal is screening as part of Edinburgh International Film Festival at 1815, Thursday 21 June at Filmhouse and 1310 Saturday June 23 at Vue Omni.

To read my reviews of earlier films in this year's film festival please follow the links below:

Disclaimer: I have a press pass for the Edinburgh International Film Festival and attended a free press screening of this film.
Crafted by Crafty Green Poet at 4:30 pm

Rather better result than that fellow who went to live with bears and was eaten!