It's been another unusually mild December day. We had a lovely walk round Figgate Park this morning - of all the urban parks in Edinburgh it often seems to be the best for birds and today was no exception! Crafty Green Boyfriend got these lovely photos of several of the smaller birds that were around today 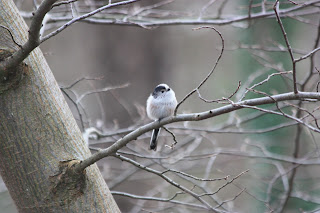 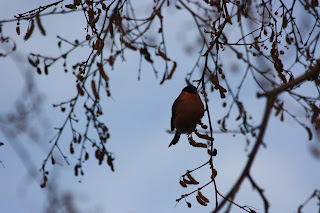 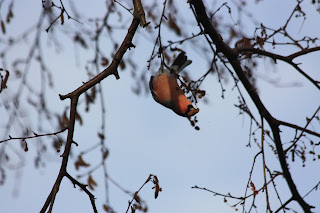 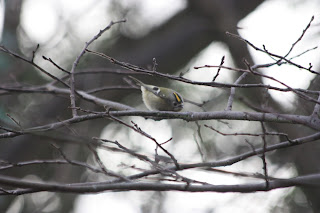 There weren't any unusual birds on the pond (though this park is famous for having regular visits from a shoveller and also a mandarin stayed here for a long time recently! I was pleased however to capture this photo of two black headed gulls (in winter plumage, hence the lack of black heads!), as it shows the difference between the parent on the left and the adolescent (beak and legs are pale rather than red and there are brown markings in part of the wing) on the right. 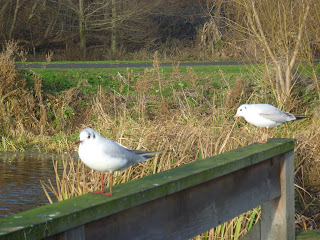 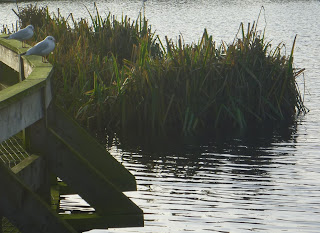 This birch tree has a lot of 'witches brooms' growing on it, these are galls, caused by a parasitic wasp or fungus that attacks trees (almost always birch trees) resulting in these characteristic growths 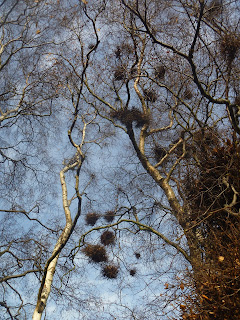 I love that Goldcrest...what a cutie :)

Lovely shots of the small songbirds. I love goldcrests, such fearless little birds, easy to get close to

Some great photos. DId you hike the Moray Coast Trail a while back? If one had a week to hike in Scotland, what would be your recommendations? I would like to the Muir Way (as I've hiked the John Muir Trail in California) but that seems like it would take 10-14 days and it doesn't look as interesting as further north and along the coast.

Hi Rabbit's Guy - I see what you mean but they'd need to be miniature herons!

Hi Sage - the west highland way is supposed to be a great hike! I've never done the Moray Coast Trail though I imagine that would be nice (with a good chance of seeing dolphins!). Parts of the John Muir Walkway are lovely and the coastal stretch is great for birdwatching!

Your posts always bring a smile to my face. I love seeing the birds in the frosty weather.